Background: 3D Pictures is a film company founded by Angus McZee in 1995. It made high quality films like Venus 31 and By the Waters of Babylon, and commercial flops like Bongo the Travaler and Fair Game. 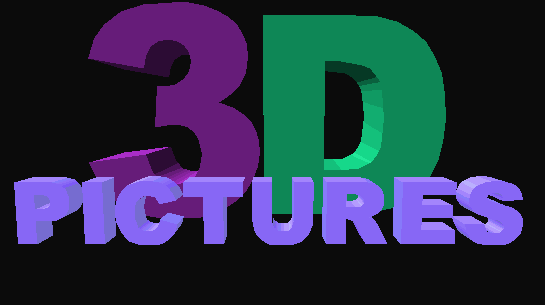 Logo: On a black-background, we see the number "3" and the letter "D", the three zooms in first, and then "D" follows. Then "PICTURES" comes in from the bottom and the letters spin.

Music/Sounds: A piece called "Imaginopolis", or the opening theme of the film.


FX/SFX: The zooming and spinning.


Availability: Uncommon to rare, can be seen on films from the era, such as Venus 31, Child Killer: The Movie, and Bongo the Travaler, this logo is preserved on the 1999 VHS of Cooking With Adolf, the blue background variant can be seen on The Catrix and other films from 2002 - 2004.