Background: 40 MiLE INTERAcTiVE (or just 40 Mile Interactive) was founded by the Walt Disney Corporation UK in 1998. Their slogan was "Fourty Miles at a time". They usually make decent movie/TV show adaptations, usually from Disney movies, Cartoon Network TV shows, and etc. Their most famous, best selling games are most likely Regular Show: Death Punchies and Basil: the Great Mouse Detective, both released in 2011.

Logo 1: (1998-2007)
Nicknames: "The exploding M"
Logo: On a black BG, a greenish-yellow line cuts through the BG like a pair of scissors, and it traces an "M" shape (a la "McDonalds arches") that explodes, leaving behind only words, saying "40 MiLE INTERAcTiVE" The words eventually fade out and flicker.
Variants:
Music: A whooshing sound when the M comes in, and a synth "vroooooommmm" sound when it explodes.

FX: The "M", and the words coming in and flickering out. Availability: Seen on N64, Game Boy, Gamecube, and several Wii games made by the company at the time.

Scare Factor: Medium. The explosion combined with the synth whoosh can be unnerving. 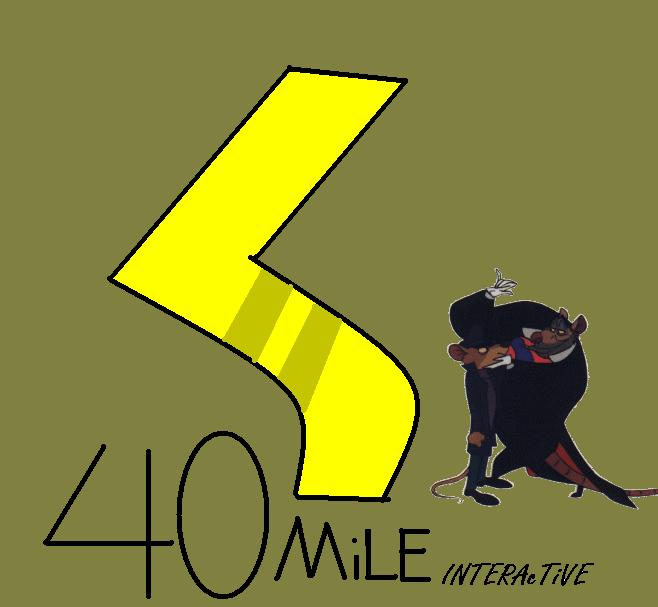 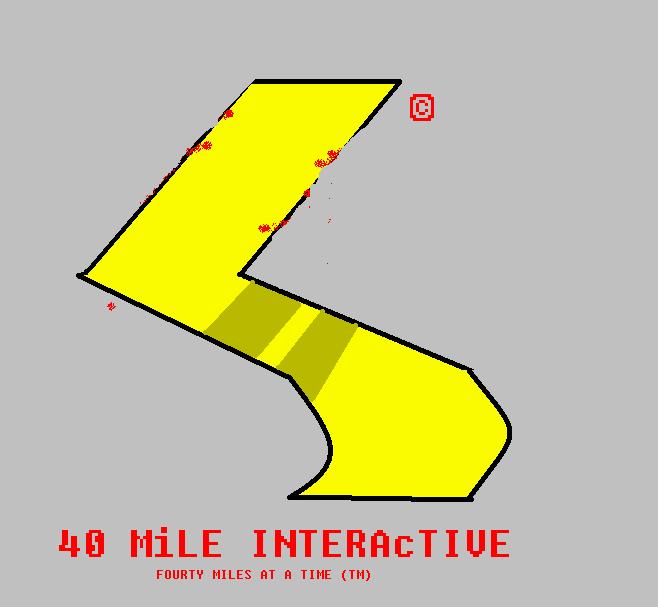 Logo: On a Plain Gray, Green, Black, Red, Blue or Purple BG (Depending on the game), a Rare Interactive-style symbol sticks on the BG like a sticker. Then "40 MiLE INTERAcTiVE" sticks on below. A subtitle appears below, saying the company's slogan "40 Miles at a time" The logo then flickers out like the previous logo. Colour Variants:

FX: Everything. The sticker, and the words.

Availability: Seen on all current games by the company.
Scare Factor: None. Low to median for the Basil/RegShow variants.