Background: AdventureWetpaint bought Sony Vegas Movie Studio 9 in early October 2010. He created his first video, The King Dies, on October 14, 2010. He came on YouTube in 2013, forming the brand. 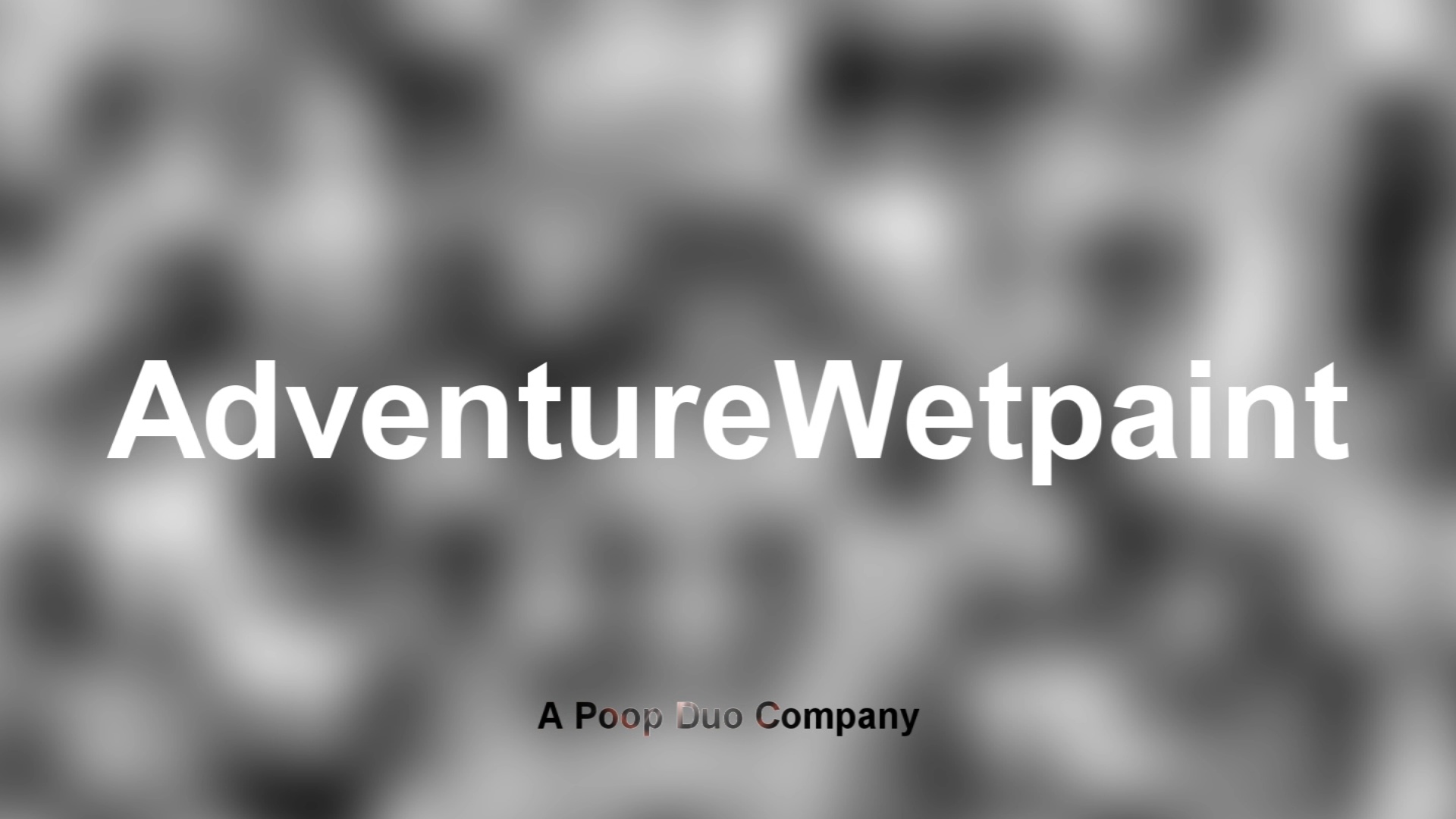 Logo: We see Link say his famous "Gee, it sure is boring around here," line, and after that, the logo zooms out to see the Volvic characters and Chocodoobie. after that the AdventureWetpaint logo zooms out and shines, and the byline fades in saying "A Poop Duo Company". The byline shines a bit.

FX/SFX/Cheesy Factor: CG animation from Sony Vegas Pro 11
Variant: The logo also zooms out and then the wallpaper changes into black for a notice (Usually a subscriber milestone or a video milestone, in the milestone variants, Luigi changes the stone in milestone to football.).

Music: A high-pitched variant of the Paramount fanfare
Music Variants: Whenever he has a milestone, a new record theme plays, indicating he has that much subs.

Availability: Seen on all of AdventureWetpaint's videos from 2012 on. First seen on the end of The King Dies.
Scare Factor: None to minimal. The zoomouts are a bit freaky to some people with in-your-face animation
Logo 2
(2013-)
Nickname: "Herobrine's Wrath"
Logo: On an enhanced background, Herobrine zooms up. Then after a while, the background changes to the same thing from logo 1. Herobrine suddenly changes to the AdventureWetpaint logo and the background fades out, and the "A Poop Duo Company" byline fading in.
FX/SFX: TBA
REST TBA