Associated Divisionary Television (or ADTV) is a television system located across the United States, with the intent of giving each state (as well as Washington D.C.) their own network. Similar to the system Independent Television (ITV) was using in the UK until around the 2000s. These independent stations however were removed in 2010 and replaced with ADTV.
1st Logo (196?) 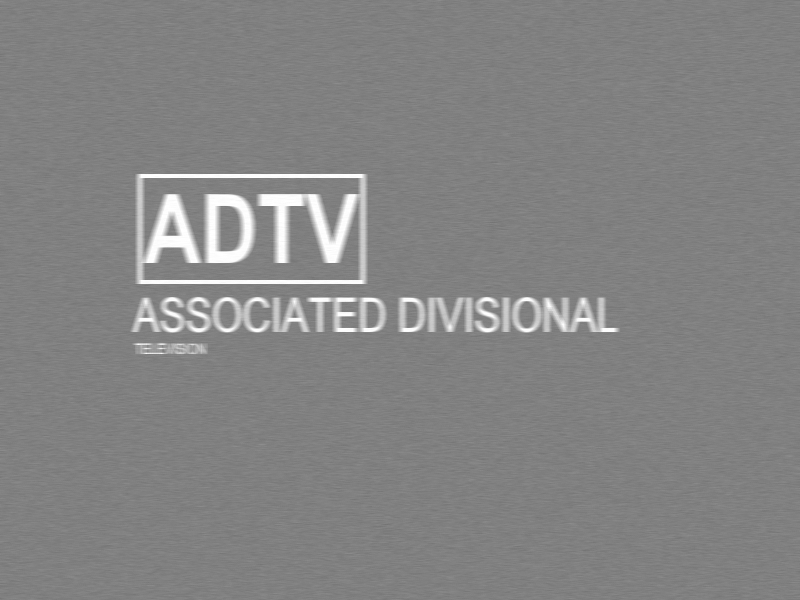 Nicknames: "The Lost ADTV" "60s ADTV"
Logo: We see ADTVlocated in a white square box, with the words "ASSOCIATED DIVISIONAL" in large text, and "TELEVISION" in much smaller text. It is unknown if this logo had any animation or music.
FX/SFX: Unknown
Music/Sounds/Voice-Over: It is unknown as to if this logo had any music, however it is widely believed that there was a voice-over, though no proof of this exists.
Avalibility: Lost. This so far has not surfaced on any recordings of ADTV continuity or programming.
Editor's Note: This logo was likely not used as an ident, however very little is known about this logo.
2nd Logo (1991-199?)

(This page is unfinished)