Background: Clyde Productions was founded in 1980 by Blinky Ghost, Pinky Banshee, Inky Poltergeist and Clyde Phantom. They made their debut in Pac-Man as the villain ghosts. They decided that they wanted to do more than just the arcade. They decided they were going to make a productions company. When the company was almost finished, they realized they needed a name. They decided Blinky was overrated, Pinky was not good if they wanted both male and female audiences, Inky was too close to the vulnerable ghost color, and people hard of sight might mix him up as a vulnerable ghost about to get eaten by pac-man, against their own kind. So they settled on Clyde. Clyde is a bright orange ghost, and the most underrated of the crew, so he was brought out to shine. They started production on October 31, 1980. They decided Halloween was the perfect night for ghosts to start a business.
1st Logo (October 31, 1980 - October 31, 1987) 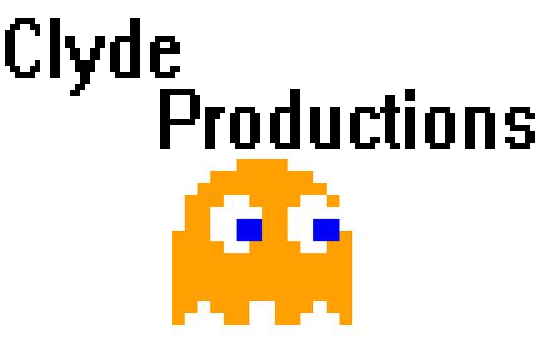 Nicknames: Orange phantom, Pac-Man's Enemy Productions.
Logo: On a white background, Clyde the orange ghost is seen with the words: Clyde Productions above him.
FX/SFX: None
Music: None
Availability: Uncommon. You can find it on some horror movies made by the company during the time this logo was used. It can be found on popular movies such as: The Phantom Strikes Back, The Phantom Strikes Back 2: The Ghost Squad, and Ghost Star Wars.
Scare Factor: None. Unless you're scared of Pac-Man ghosts.
2nd Logo (October 31, 1987 - May 1, 1992) 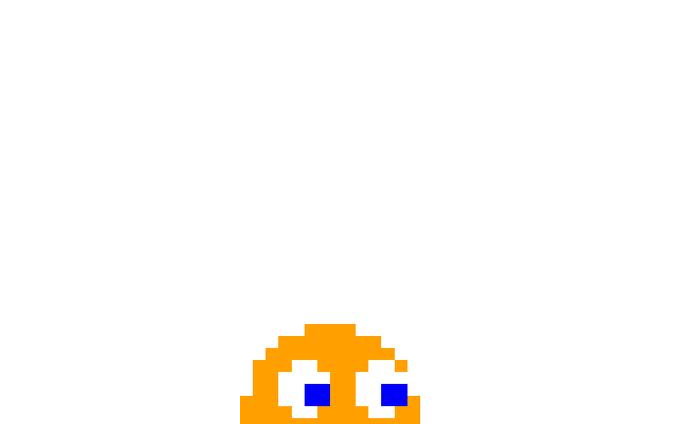 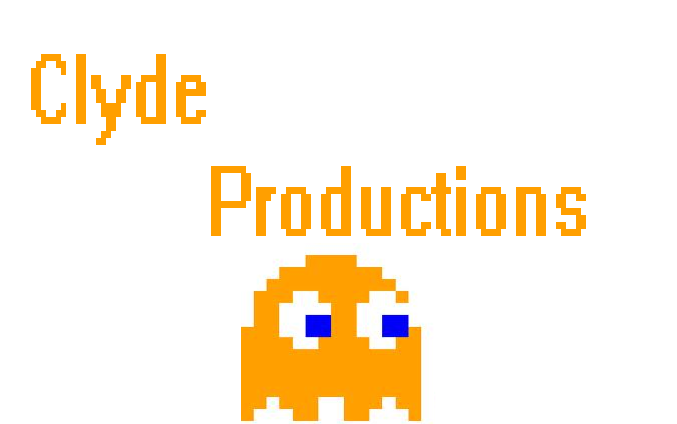 Nicknames: Phanticom Productions, Peeking Clyde, Peek-a-boo.
Logo: On a blank white background, you first see nothing, then the top of Clyde's head appears, then down to his eyes is seen. He then comes full out from below the screen, then the text:Clyde Productions is seen in the same color of Clyde's body.
Variants/Music:The original variant is silent. (1987-1992)There is a variant with no music until the text: Clyde Productions is shown. The music is the Famicom Disk System startup music (1988-1992)
FX/SFX: Clyde emerging from below the screen, the text appearing, Famicom music (only in the alternate logo)
Cheesy Factor: Low, not much effort was put into the logo, and it was very choppy.
Availability: Scarce, It was only seen on one popular movie, First Phantom To The Sun and a few obscure ones.
Scare Factor: Minimal to Medium. The fact that a ghost starts to stare at you unexpectedly from below the screen could startle some, also the music cuts in rather jarringly.
3rd Logo