Logo descriptions by SnowflakesOmega
Background: DEC-8, a TV channel from the Metro Cebu region of the Philippines, launched a movie branch in 1993 as DEC-8 Films. After the nationalization of the TV channel in 2015, the name was changed.
DEC-8 Films
1st Logo
(1994-2003) 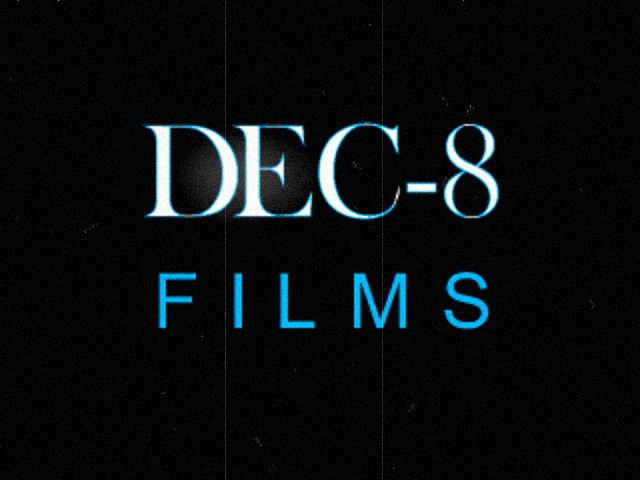 Nickname: "FLT Filmstrip's Cousin"
Logo: On a black background a 2D yellow filmstrip appears from the left and moves up, then goes down in close-up near the screen. The filmstrip shows pictures of the word "DEC-8", and it abruptly stops moving. The filmstrip fades out, and the word comes out from the filmstrip and turns white, and zooms in. It stops zooming and a light flare appears behind the word. "FILMS" in blue, flashes in below.
FX/SFX/Cheesy Factor: The animation is really poor. It would have been acceptable from something of the 70's, like most Filipino logos from the time. This is however nothing compared to the next one in terms of cheesiness.
Music/Sounds: A loud synth theme with drums and whooshing sounds.
Availability: Very rare. Appeared on their films screened through Metro Cebu like Pag-ibig nanupunta sa, Elvira, Basura sa kalangitan, the Gang sa lalaki series, and Pagkatabos. The movies made by them were not released in theatres of other Philippine regions but were released on home video in these areas.
Scare Factor: Low to medium. The theme and filmstrip getting near the screen is worth a scare.
2nd Logo
(2003-2006) 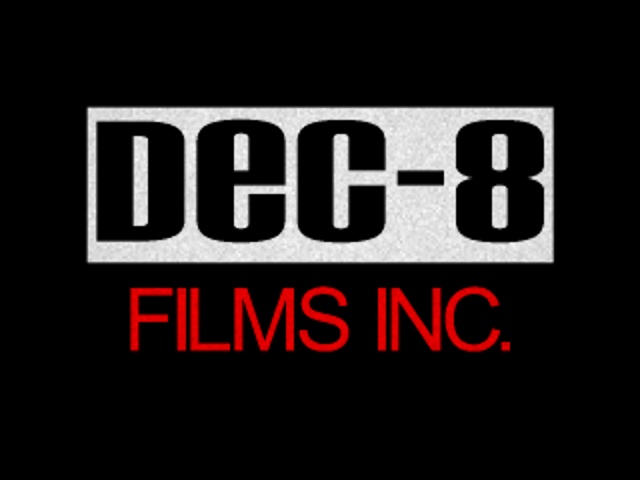 Logo: On a black background the red word "DEC-8" appears letter-by-letter. Then the words "FILMS INC." zoom out with a trail and turn white after a second, while a white rectangle fades in behind the company's wordmark.
FX/SFX: The word typing in, the byline zooming out with the trail and turning white, the rectangle fading in.
Cheesy Factor: Extremely high! The 2D animation and dated synth music (looks like it was made with a Moog) were extremely outdated for a logo idea of the time, and, for now, the main reason that makes it worse, is that there are no CGI effects!
Music/Sounds: An arpeggiating synth theme with a whoosh and a "ping" sound.
Availability: Very rare. Seen on mid 2000's Filipino films by them. These are easier to find on home video prints or in broadcasts from DEC. Famous movies with this include Stalker and Ang nasusunog sumigaw.
Scare Factor: Minimal. The darkness and synth may get to a few, but this logo is very dated, you would laugh while seeing it.
3rd Logo
(2006-2009) 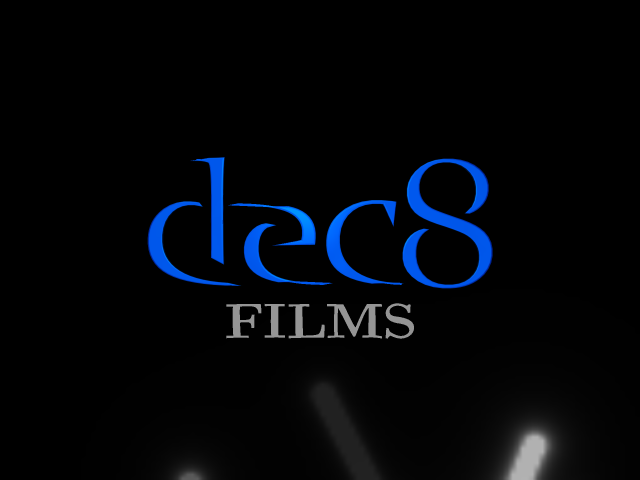 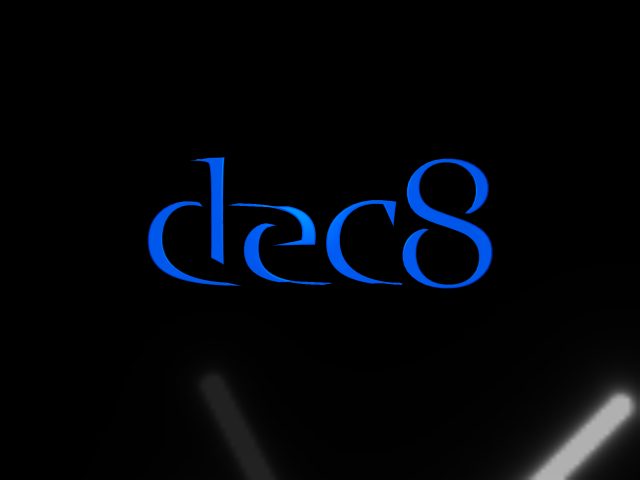 Logo: On a black room we see various searchlights on a neon blue surface facing up. The camera then pans up, and we see blue lights swirling around. These later form the word "dec8", seen on a stylized font. "FILMS" then fades in below. "dec8" shines.
Variant: The word "FILMS" may not appear.
FX/SFX: The searchlights, the neon surface, the blue lights, each word fading in and shining. A huge improvement over the previous logos.
Music/Sounds: A gated synth theme, with a woman saying "Dec Walo".
Availability: Scarce. Can be seen on DEC films made by the time, currently being distributed on other Filipino areas and being shown on the channel. The version without "FILMS" appears mostly on later titles, such as Sa Unang Beses and Liwanag ng kandila.
Scare Factor: None to minimal. The lights would catch a few off-guard but this logo actually looks good.