Background:Darius Releasing was founded by African-American activist Darius Elizabeth and Japanese expat and former Yakuza member Yi Hiroshi in Chinatown, Boston, Massachusetts, in 1978. The company distributed films from around the world, and was the 4th most successful independent distributor of all time.
1st logo
(1979-1988) 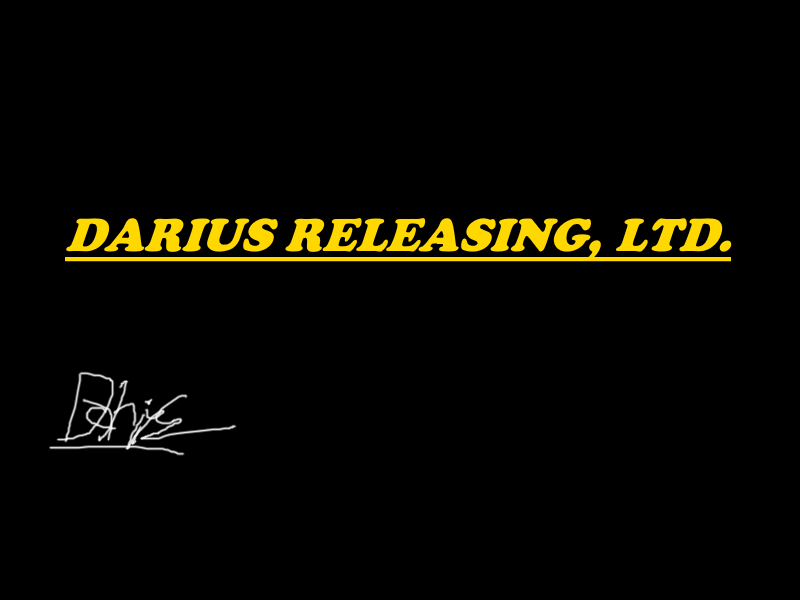 Logo: On a black background, a comet is about to hit a planet. Suddenly, a film reel hits it, forming the text "Darius Releasing, Ltd." in Cooper Black. The background and planet fade out and Darius Elizabeth's signature skrawls itself in.
FX/SFX: A combination of cel animation, scanimate, and early CGI. Produced by Mathematical Applications Group and Chuck Jones Enterprises.
Music/Sounds: A synth and electric guitar theme performed on a Moog Prodigy analog synthesizer from the late 1970's and a Rickenbacker Electro A-22 electric guitar from the early 1930's, which was later remade by GoodTimes Entertainment for their GoodTimes DVD logo. It was written by
Pia Zadora (of all people) and composed and played by Darius Elizabeth herself.
Availability:Seen on "The Warriors of Northern Burdock", "Bunny Rabbits", "The Legend of the Werewoman", and many other movies.
Scare Factor: Low.