Background: Eddsworld was founded by Edd Gould, Tom Ridgewell, Tord Larson, and Matt Hargreaves in 2003. They made lots of animations in Flash. Most of them with the main characters being themselves. In March 2012, Edd Gould died, leaving an animator and a voice actor. 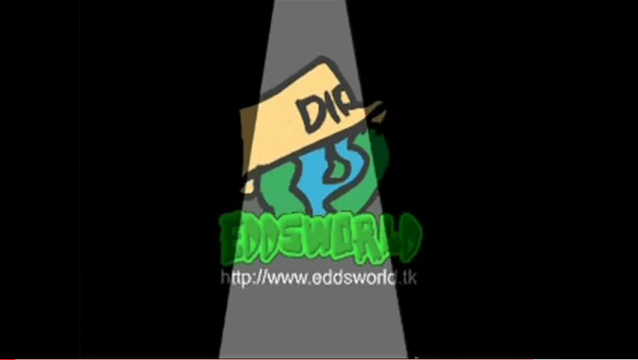 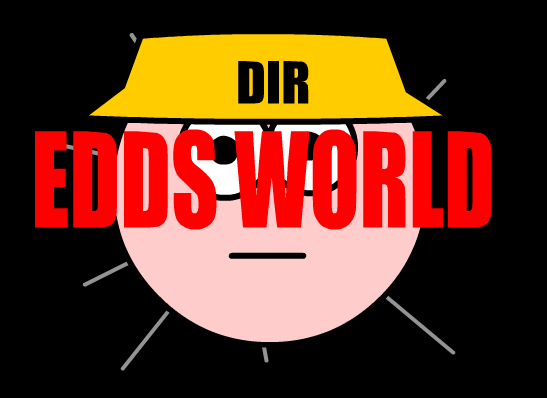 Logo: We see the words, "EDDS WORLD" in front of a face with a yellow hat that has the words, "DIR" on it. The man looks to the left, then the right. Then the logo zooms out.

Music/Sounds: The opening song of the animation.

Cheesy Factor: "Eddsworld" is in two words instead of one and this logo looks like it was made by a 6 year old.

Variants: There is a variant on Eddsworld Zombeh Attack where instead of a face there is a globe. There also is a spotlight that moves from the right to the left and green Eddsworld text on the bottom instead of the red text in the middle. The green text also doesn't have two words instead of one. 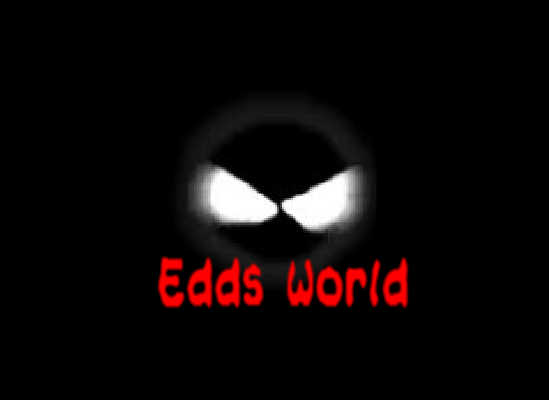 Cheesy Factor: "Eddsworld" is in two words instead of one. 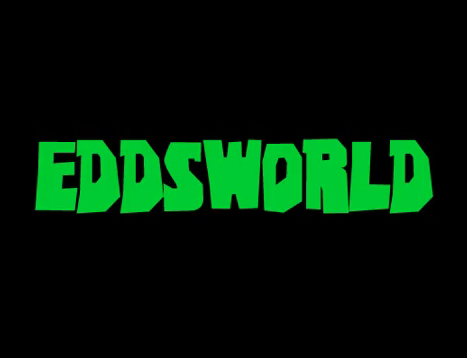