Background: The largest media company from the country, the Eutomnian Broadcasting System (ETBS) was founded in 1961 and made it's late launching of the radio networks in 1966 and the first TV network of the country in 1977. After the national Eutomnian channel separation law by the government in 1993, the company's first TV channel was renamed ETBS-1 in that year, along with the law of the new network ETBS-2. The company announced the first nationwide HD broadcasts in 2012.
1st Logo
(1997-2004) 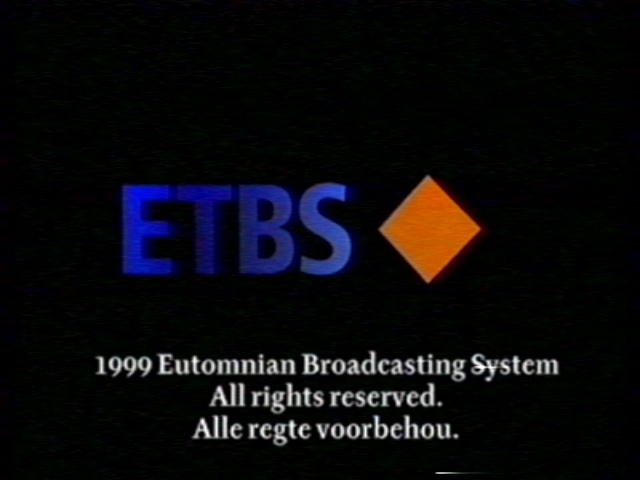 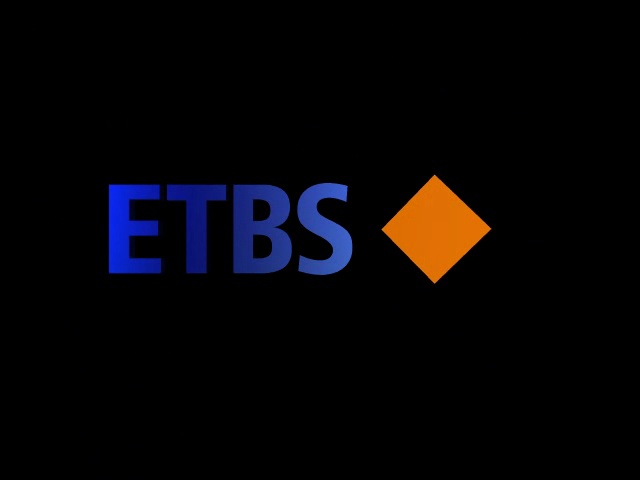 Nickname: "Warpspeed ETBS"
Logo: On a black background, we see various blue/orange lights on the screen. The blue word "ETBS" emerges from the center as it starts to spin, and the lights also spin along with the word. A dark diamond fades in very close to the text. The ETBS stops spinning, moves to the left to make room for the diamond, as it spins a bit and reveals it's orange color. The light particles of the text go out.
Variant: A short version was used on TV productions, sometimes with the copyright stamp appearing below the logo.
FX/SFX/Cheesy Factor: Great CGI for a 1997 African logo! But why does the diamond fade in early?
Music/Sounds: A majestic fanfare. The TV version has the 2nd half of it.
Availability: Rare today. The whole logo is seen on VHSs, VCDs and DVDs from ETBS shows and soap operas from the time. The TV logo was seen after news shows, game shows, talk shows and specials, and the version of it with the copyright stamp was spotted on original TV productions, including soap operas.
Scare Factor: Minimal bordering on low. The fast action may startle some.
MORE TBA!