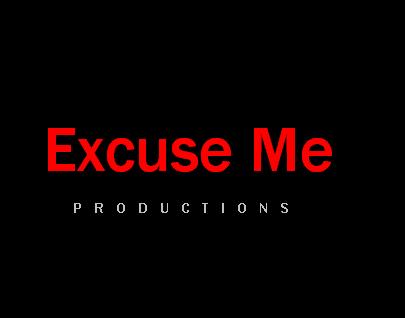 FX: The sihlouettes, the Excuse Me productions logo, and the background fading to black.

Trivia: The idea for this logo was to have a muskrat say "Excuse Me" to a lion which would accordingly say "Productions", and eat
the muskrat. This logo was also made by a former Disney artist.

Cheesy Factor: Medium. The animation is kind of choppy. The sihlouettes, however, look unrealistic too. (hey, it was the 80's, duh)

Scare Factor: Minimal to Low. The animation, and the voices can get somebody a little disturbed, however this logo really isn't that
scary. 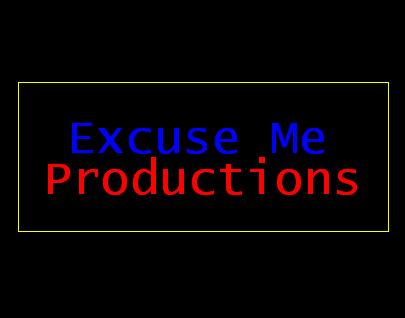 Nicknames: "Rectangle of Boredom" "The Rectangle"

Logo: We see a still frame of a yellow box with the words:

Like the previous logo, we hear the men say "Excuse Me" and "Productions", however, we do not see the sihlouettes.
The logo then fades to black.

FX: The fading in and out.

Cheesy Factor: Minimal. The logo is a still frame, but the fade in and fade out effects are choppy.

Availibility: Somewhat rare. It appeared on early episodes of People of the Earth, but most of the time, this logo would
be replaced with the 2001 logo.