Background: Fuzion Pictures was formed in 1937 by four of the leading figures in early Hollywood era: Melanie Seirnt, Sir Kiff Porlik, Dane Lormen, and David King. It was sold to Art Kopelson and Benjamin Carter in 1941. Fuzion was sold to MCA Corporation on April 27, 1967, and later to BSL (its current owner) on July 28, 1976. In 2004, Fuzion was made as an action/Sci-fi label of BSL. In 2006, as almost every entertainment company was forced to stop making movies on VHS, Fuzion Pictures turned down the No VHS policy and it continues making VHS tapes to the present day, along with DVDs and Blu-Ray Discs. In November 2008, Tammy May and Paula Abdul were made the new owners of this "new" Fuzion. However on August 14, 2009, Abdul left the studio, but still remained a stockholder in Fuzion. In 2012, it became completely owned by BSL again when the studio purchased the stock formerly owned by May and Abdul. 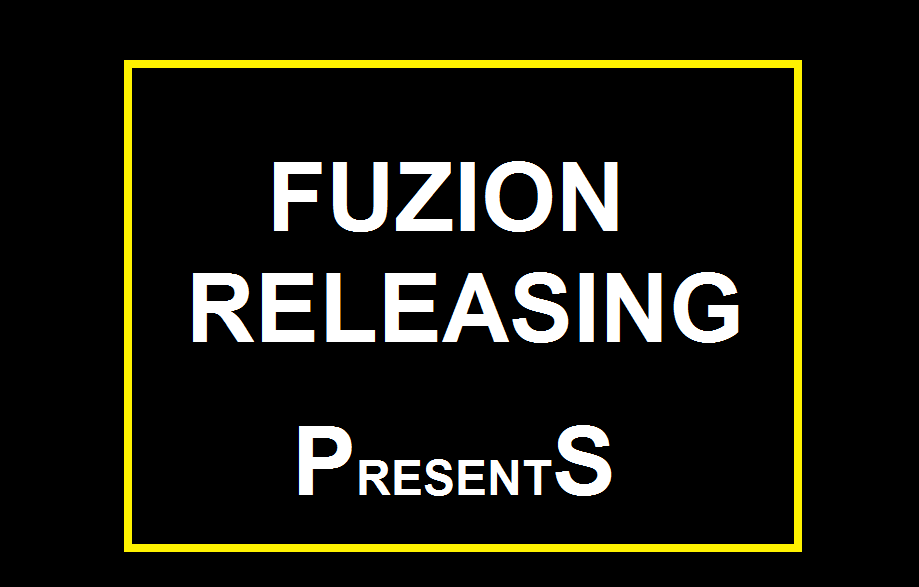 Nicknames: "The Square", "The Fuzion Square"

Logo: Over a black background, we see the words "Fuzion Releasing" appearing inside a 1-layer gold square shape. "PresentS", in white, is sometimes shown below.

Music/Sounds: Probably the intro of any Fuzion movie playing throughout. Other times, it's silent.
Availability: Rare. As most Fuzion releases of this period only used a text notice; the easiest place to find this logo is on Take A Hike! and it has been preserved on the VHS release and TV airings of My Little Catastrophe and the VHS release of The Lake By The Law. It can also be seen on older VHS releases of Kerosene. This logo can occasionally be seen on TCM prints, including Lion Savannah (where the latter situation occurs). It also appears on some prints of 1939's Please Come Back. The A Little Town Called Woodjack variant is often plastered with a newer Fuzion or BSL logo on current prints.

Logo: We see the words "Fuzion Releasing" appearing inside a circular field. The words "An MCA CORPORATION" (or "AN MCA COMPANY") is seen in small letters underneath. The "F" and the "R" are somewhat taller than the rest of the company name, and they overlap each other.

Variants: There were a few color scheme variations used for this logo:

Music/Sounds: A ten-note fanfare. The first seven notes sound like a solo cornet; the final three are a brass trio. Sometimes, the logo is silent.

Availability: Rare, occasionally seen on TCM. Preserved on trailers on the iTunes movie store. It was allegedly first seen on Good Cop Bad Spy and last seen on A Math Adventure. It is plastered by the 4th logo on the 1978 re-release, the 1982 VHS, the 1993 VHS, the 2005 VHS, the 2008 DVD, and the 2010 VHS releases of Pickle Fields.
Scare Factor: None. This logo is very colorful!

Logo: We see stock footage of fields and small villages and slowly pan down. We fly upwards to reveal that is in the pattern of an M (A nod to MCA, then owners of Fuzion). The scenery fades out, and turns into an animated M. The comany name zooms out, and the MCA byline fades in.

Music: A triumphant fanfare composed by Luke Stanter, complete with horns, a chorus, drums and even a saxophone makes an appearance!

Availability: Slowly becoming rare. Last seen on a 2004 VHS of Murderhack. It was also re-mastered and used as a 75th anniversary logo, complete with a redone and re-mastered fanfare.

Scare Factor: Low. A beautiful logo to look at.

Logo: A small metallic line fades onto the screen. It slowly spins to reveal that it is an F and a P connected together. When it finishes it's 90-degree rotation, Fuzion Pictures, in a futuristic font, fades in. The BSL byline fades in, and then the screen fades to black.

TRIVIA: This was actually designed and created by legendary logo designer Saul Bass, who would go on to design the Geffen Pictures logo. It was a plastic model sprayed down with bronze paint.

FX/SFX: The FP spinning, and the name and byline fading in.

Music: A somber 20-note tune, followed by a rise in pace and a 10-note finish.

Availability: Common. Check 1976-1985 Fuzion movies on TCM and on VHS and DVD (If not plastered by a new BSL logo). This, like the last logo, made an appearance for an anniversary, this one being used for the 70th anniversary of the studio. This new version was made in CG with great convincing results.

Scare Factor: Low. Depends on what you think of the music and the logo itself. 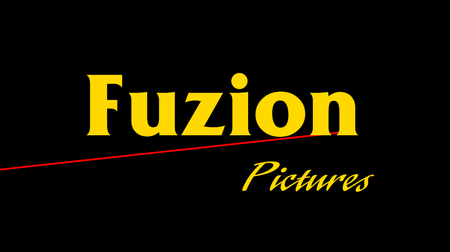 Logo: A CGI F flies into view, as we zoom closer, the letters U, Z, I, O, and N fall down as well. Then, the letters turn from 3D to 2D. The word Pictures, in the Laser font, fades in, and a red line gets etched on.

Variatnt: Some movies have the print logo zooming in.

FX/SFX: The CGI created by ILM, and a revised and smoother version was remade by R&H Studios.

Music: An 80's Synth ditty with electric guitars and wooshing sounds for the letters. A laser zap is also heard as the red line comes onto the screen.

Availability: Very common. Can be found unplastered or accompanied by a BSL logo on current TV, VHS, DVD and Blu-Ray prints of most movies of that era, including Revenge of the Boxer 3, Spy Scared Stiff, YellowBeard and others. It can also be found on the 2001 VHS and DVD releases of Scratchy's Version, the 2006 VHS and Ultimate Edition DVD releases of Pineapple Jack is Back, and the 2008 VHS and DVD releases of Creepy Caterpillars. This logo was often paired off with the popular BSL/Fuzion Communications logo, and both logos are thus regarded as favorites. The print logo zoom-in can be seen on older prints of Spy Scared Stiff (now plastered by the normal version and a new BSL logo) and the 2011 VHS of The Paintbrushes of War.

Scare Factor: Low. The dated CGI is a tad creepy.

Logo: We see a thunderstorm outside a window. We zoom back through the window, and fly backwards through a beautiful mansion. We stop at the doormat, which has a different Fuzion logo to the last one. The new logo is the words "Fuzion Pictures" in Roman, with the BSL byline underneath.

Trivia: This logo was used for the 60th anniversary of the studio.

Music: The 1996 Orion Pictures theme. It does fit very well,

Availability: Very rare, even for the fact it was used for 2 whole years, and was featured on 32 films. It is now found on older prints of movies from that era.

Logo: Basically the same as the 1985 logo, with updated effects and textures. When the logo turns to 2D, it turns to chrome.

Availability: Ultra-common, as it is used as a plastering logo. It can be seen on releases like A Warfare Movie, Moo Goes the Cow (A horror movie, not an educational one), Warm Water and Matt's Ultra-Violent Adventure, among others. Also seen on the 2012 VHS and DVD releases of Nightmare Toucan.

Scare Factor: None. It is a great remake.

Logo: Streaks of light dash across the screen, and the camera pans to follow. When the streaks finish, they form the 1985 logo, without slash. The logo shines.


Availability: Can be seen on all new releases from Fuzion, and is used to plaster older prints.