Background:This is a joint venture of Breil Company and Paramount Pictures,formed in late 2002. 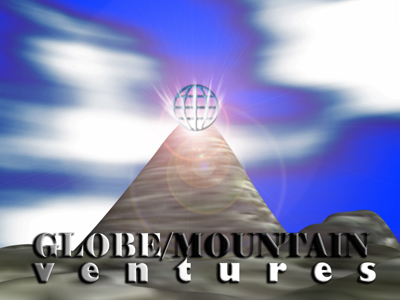 Logo: On a starry background, we see the 1999 Breil globe zoom out to the top. Then, the text:

GLOBE/MOUNTAIN
v e n t u r e s
zooms out to the bottom. After that,we zoom out to reveal a mountain is behind this. Then, the background turns into a sky background and a lens flare appears on the tip of the mountain. The logo shines.