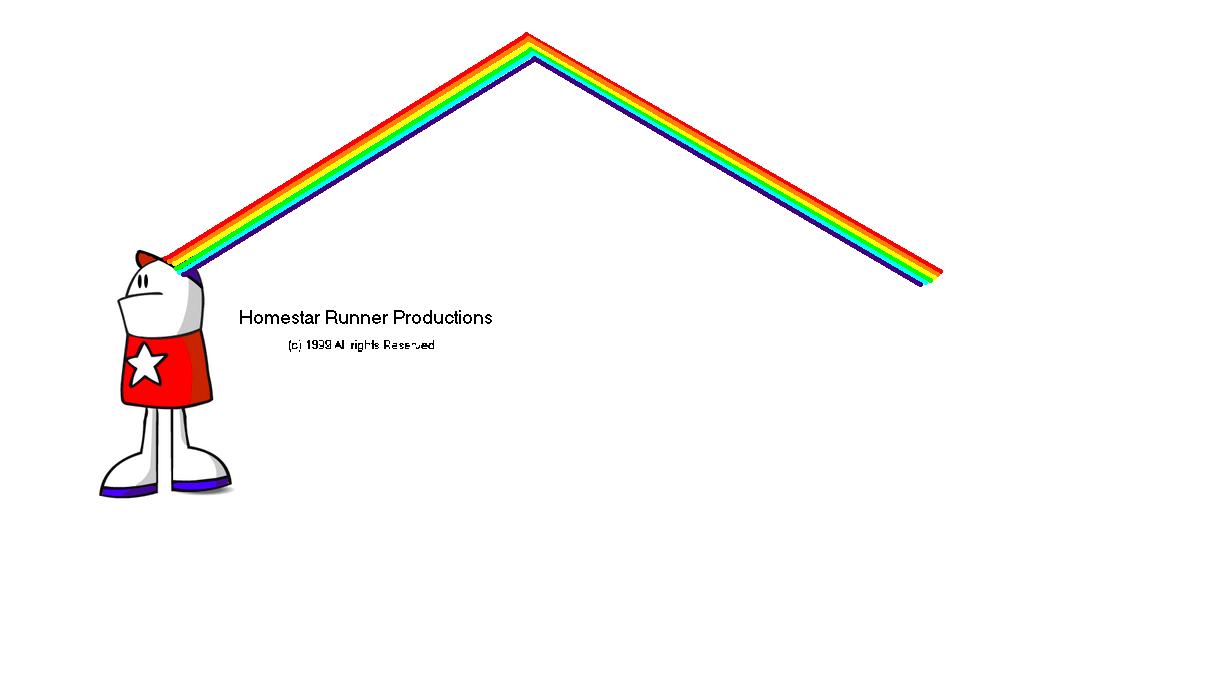 Logo: On a white background, we see Homestar, then the rainbowlines comes out of his head, then he yells ''Homestar, RUN!'' then the text

Scare Factor: Low. Homestar's line could cause 1 or 2 scares a year. But not really scary. 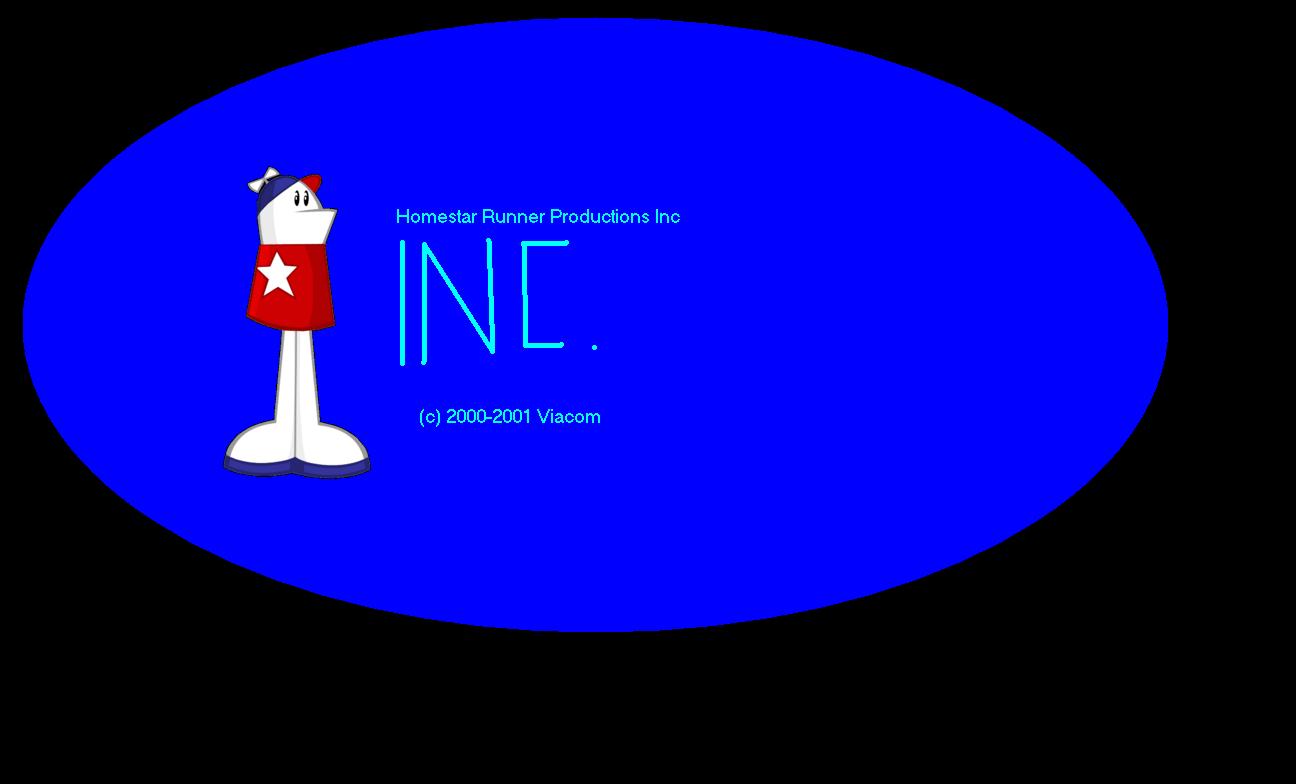 Nicknames: "Character Cards", "Music Gone Mashed", "How Does He Do It", "The Hole"

Logo: On a black background, we see Character Cards swirling then we see Homestar in a dark blue circle then his head turns to the right to see this text

Music\Sounds: A rendition of "When You Wish Upon a Star" Then a whoosh. Some shows have the 1992-1999 DNA Productions music/sounds.

Availability: Extinct. Seen on A Jumping Jack Contest and Some Kinda Robot. Although The WB (now The CW) airings of Monster Truck & The Bird still have this logo intact.

Scare Factor: Low to High. All depends on what you think of the music and dark background. "INC" isn't friendly-looking. 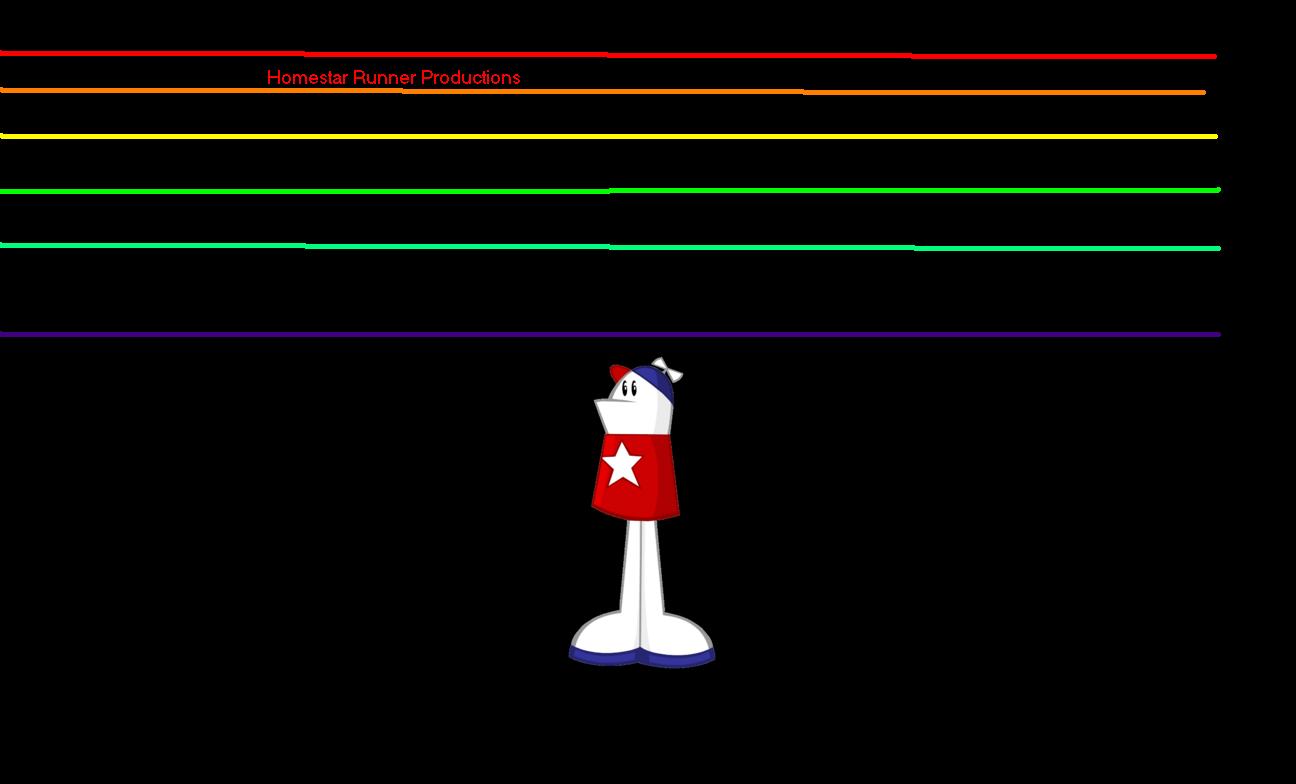 Logo: On a black BG, we see the lines from logo 1. Then Homestar walks in and says ''BORING!''. Then the company's name in red fades in on the lines, then Homestar then says "WOW!"

Scare Factor: Minimal to Low. This is NOTHING compared to the next one 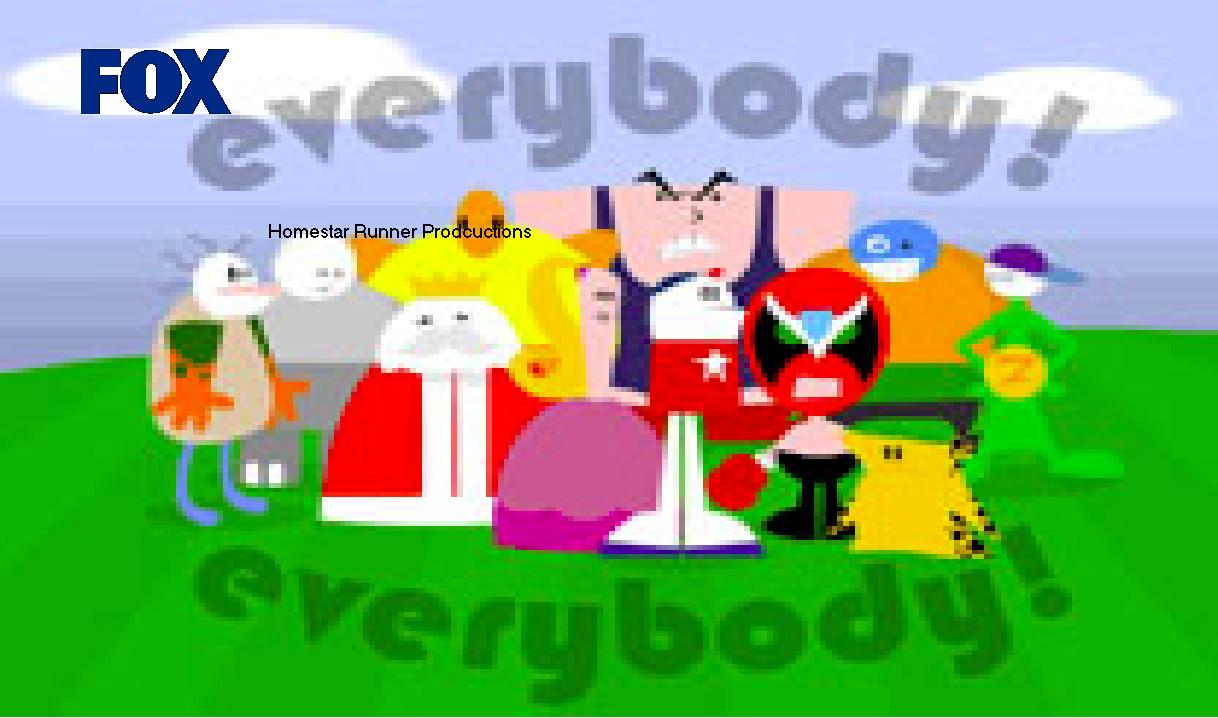 Nicknames: ''The Entire Homestar Runner Cast", "Everybody! Everybody!"
Logo: We see the the characters from Homestar Runner standing in the grassy field in the simplified art style, with the words "everybody!" in transparent and in Bauhaus 93 font arched above and below.
Then, the company's name in the really small letters fades in.
Trivia: The characters are:
In the back row: Poopsmith, Strong Sad, Pom-Pom,Strong Mad, Bubs, and Coach Z.
In the front row: King of Town, Marzipan, Homestar, Strong Bad, and The Cheat.
FX/SFX: The fade-in.
Music/Sounds: A disco tune with the The Brothers Chaps singing in the high-pitch to sound like they're kids.
Availability: Seen on shows just like iStomp and Robot Energy.

Scare Factor: Low; the art style and the music might startle some,but it gets higher because the PFFR logo directly following it.
5th Logo
(2006-) 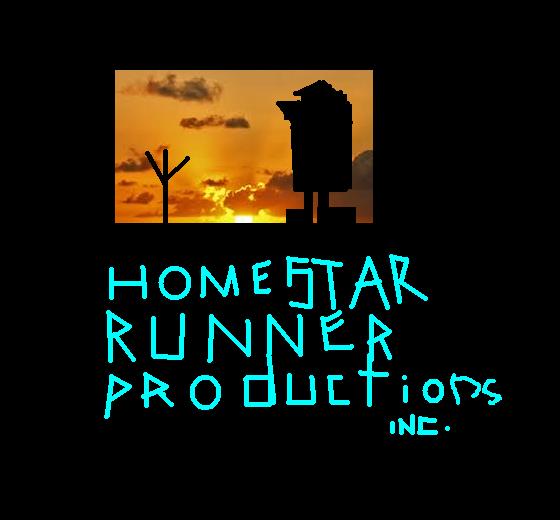 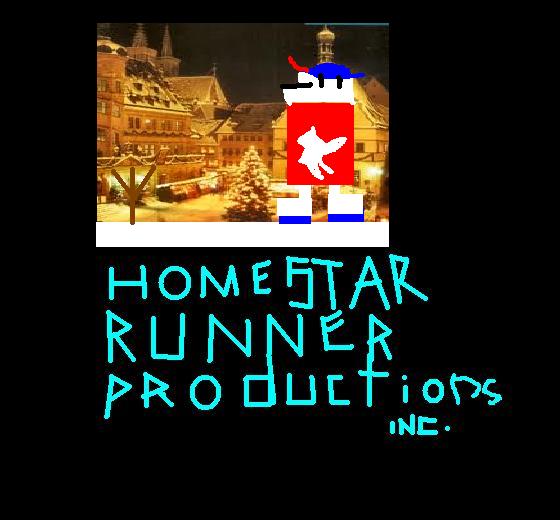 Logo: Over a black background we see a picture of a sunset with Homestar's shadow on it. The words "HOMESTAR RUNNER PRODUCTIONS INC." appears by a rippling effect below.

FX/SFX: The appearance of the text.

Availability: Current. Seen on TV movies and shows like Homestar and Arm.

Scare Factor: None. This logo is calming much tamer than the previous logo, unless you're afraid of the text.

Music/Sounds: Sounds from that episode and a soundbite from the same episode that the clip is from.