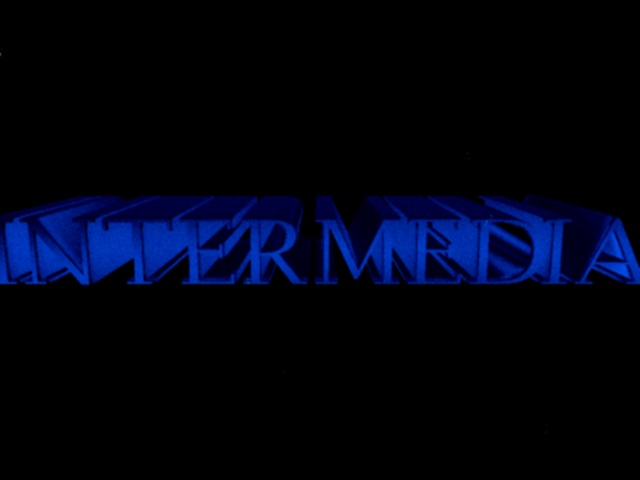 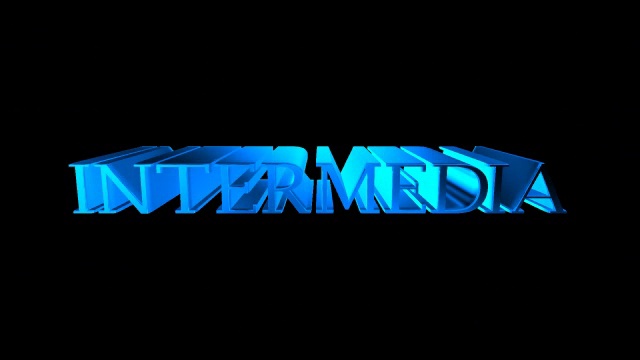 Logo: A white star lens flare moves diagonally from both sides. The lens flare then gets bigger and moves to the center. Then the blue word "INTERMEDIA" quickly zooms out. The star then moves back as the word zooms to us, and stops zooming when the lens flare dissapears. The word shines.
Variants:
FX/SFX: The lens flare, the word zooming back and forth.
Cheesy Factor: Poor animation of the lens flare, and rough zooms of the text. The second whoosh also sounds stretched.
Music/Sounds: Two whooshes (the 2nd is more longer) and a blast.
Availability: Scarce. The prototype variant was only used for four films (one of them being Tulisan) until it's change to the later version on April of 2000. The normal logo is found on Murka Saya, Pekerja, and Sepak Bola Lurus, and other films until 2003. All of them are still being distributed on video or aired on Indonesian TV without any plasters.
Scare Factor: Low to medium. Raised a bit higher for the prototype since it is more darker.
2nd Logo
(2003-2007) 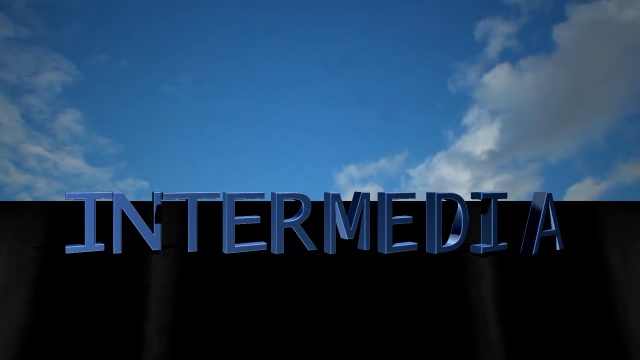 Logo: We see a black floor, then we face to the north to see the cloudy blue sky and the rotating blue "INTERMEDIA", in which the camera stops so we can see clearly the letters.
FX/SFX: The camera moving, the letters rotating. Pretty decent for the time.
Music/Sounds: None, or the opening theme of the film.
Availability: Rare. Found on their mid 2000's films.
Scare Factor: None.
3rd Logo
(2007-2013) 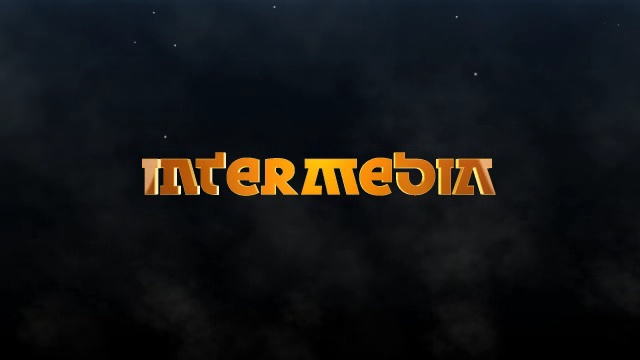 Logo: We see a red lens flare as we move down to the stars, with fog. We zoom into the orange shining "INTERMEDIA" text, this time in another different font. The camera stops as we face it.
FX/SFX: The camera moving. Simple, yet decent animation for the time.
Music/Sounds: None, or the opening theme of the film.
Availability: Uncommon.
Scare Factor: None.