Background: Kereta Publik was founded in 2000 by a few ex-train workers in order to make their transition into making movies. Currently it has over 100 employees.
1st Logo
(2001-2003) 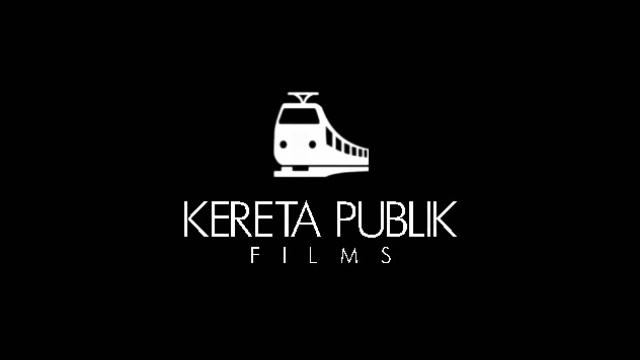 Logo: There's a black background with a video of a B&W train with bright lights passing through the road. When it gets closer, the video flashes into a drawing of another train. "KERETA PUBLIK" and the spaced-out "FILMS", in two lines, fades in below the drawing.
FX/SFX: The video, the flashing, the fading in.
Cheesy Factor: Before the video flashes it starts to glitch, which should be mostly a rendering error, but the company didn't care to fix it. The train drawing also looks very different from the one shown in the video, yet it's a bit hard to tell because the video itself is pretty dark.
Music/Sounds: The deep sound of the train passing by.
Availability: Very rare. Seen on films from the time by them, mostly produced also by Alternatif Films.
Scare Factor: Low. The logo is pretty ominous, but also harmless. The glitch may also surprise someone.