Background: What if MTM Enterprises continued? This is the result. Real logos can be found here. 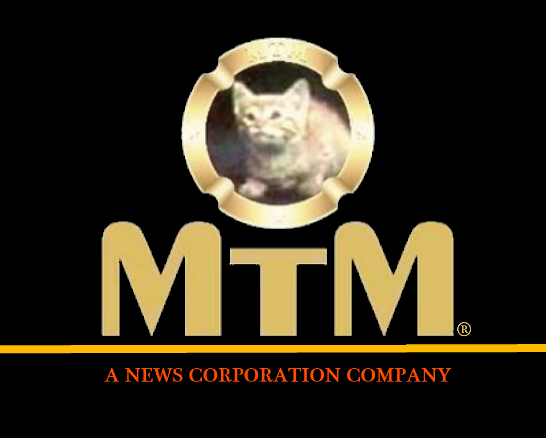 Logo: On a black background a yellow line stretches slightly. Then, the letters "MTM" slide to the top and bottom of the line respectively. Then, a ribboned circle appears with Mimsie inside it. The News Corporation byline appears below the logo when the kitten meows.

FX/SFX: The stretching line and sliding text, and the meowing kitten.

Cheesy Factor: The effects are choppy and amateurish. Also, the kitten's movements are in slow, delayed motion, like the 1970 logo.

Music/Sounds: An enhanced and extended version of the 1996 MTM jingle.

Availability: Pretty rare nowdays. On television, it was last seen on reruns of St. Elsewhere and Hill Street Blues on TV Land. 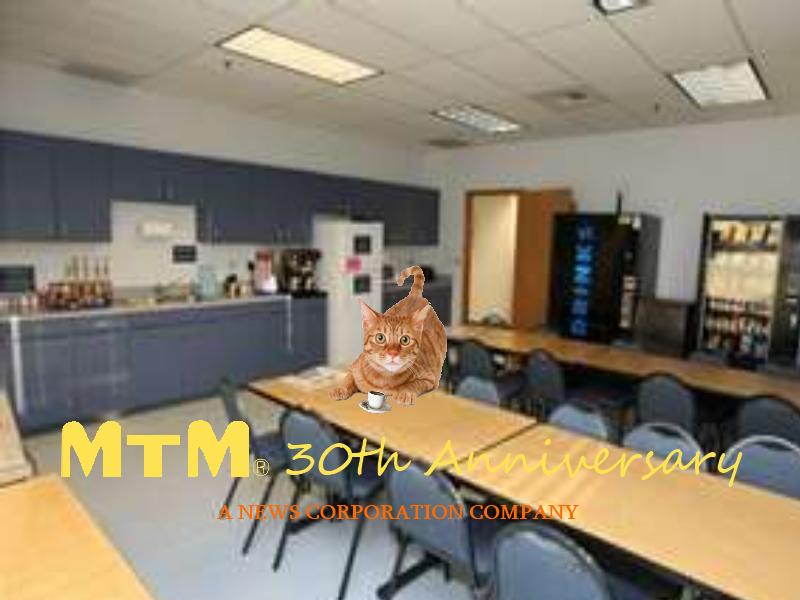 Logo: The 2nd MTM logo plays (excluding the News Corporation byline), but Mimsie steps out of the ribbon circle and goes to the break room. She sips some coffee, then says, "Here's to another 30 years! Meow!" Then the text "MTM 30th Anniversary" appears under her with "MTM" its respective font and the rest in a gold script font. The News Corporation byline appears under that. Mimsie winks, and the logo fades out.

FX/SFX: Mimsie coming out of the ribbon circle and walking to the breakroom; the text appearing.

Cheesy Factor: The text appearing is a bit choppy.

Music/Sounds: Same as the previous logo, but after that, a happy fanfare plays.

Availability: Uncommon, seen on the 1999-2000 episodes of the shows MTM produced during this era.

Scare Factor: Low, this is a pretty cute logo. The CGI used to bring Mimsie to life is great. Though if you don't like TCF's fanfare, you won't like this one. 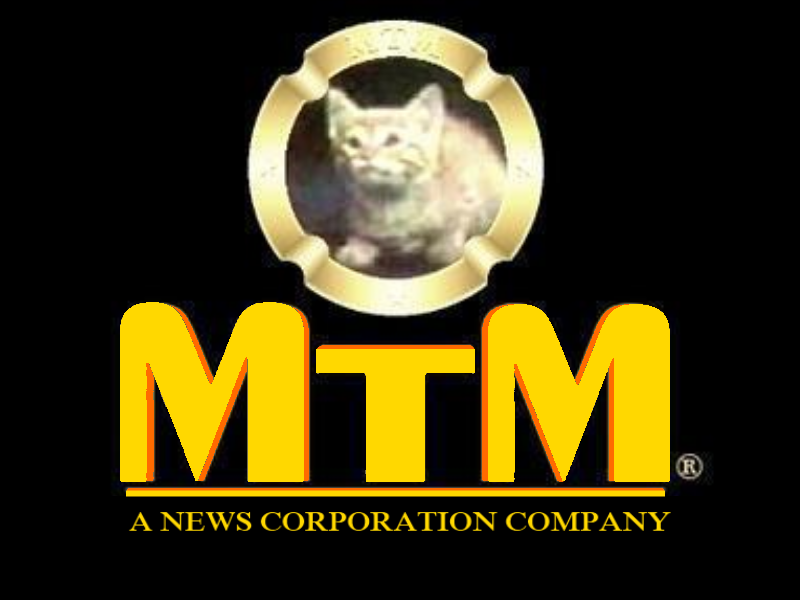 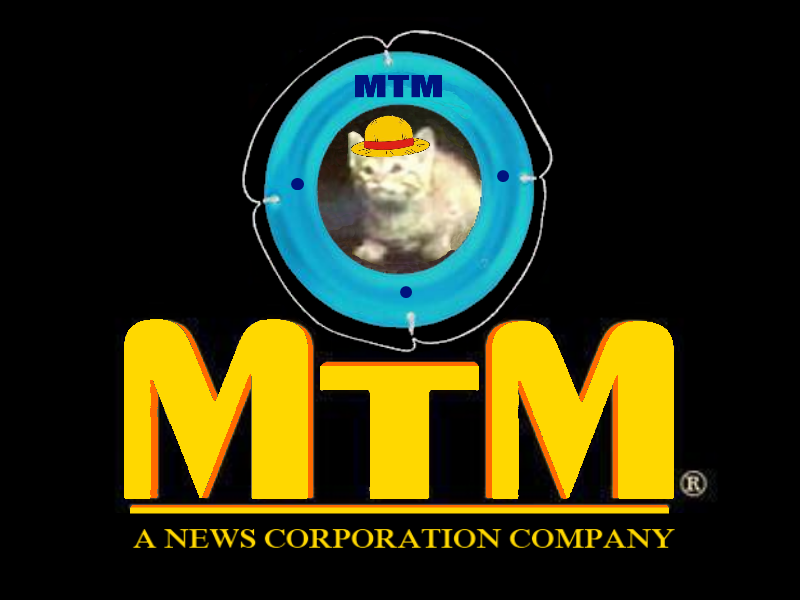 Logo: Same as the 1996 version of the 1970 logo, but it is entirely made with CGI. Also, the News Corporation byline is seen below.

Cheesy Factor: The only complaint about the logo is the kitten’s choppy animation, and also, when the kitten is dressed for certain variations, the clothes are pasted or painted on.

Music/Sounds: Usually the ending theme played over, or mostly on Shaman King and Sonic X, the music from the 2nd logo plays, along with the kitten meowing.

Availability: Current. This logo is seen on MTM's newest shows and has also been plastering the current 4Kids logo on recent prints of Pokémon episodes on Cartoon Network and the cartoons on The CW4Kids and Toonzai.

Scare Factor: None, this is a really cute logo, along with good CGI!