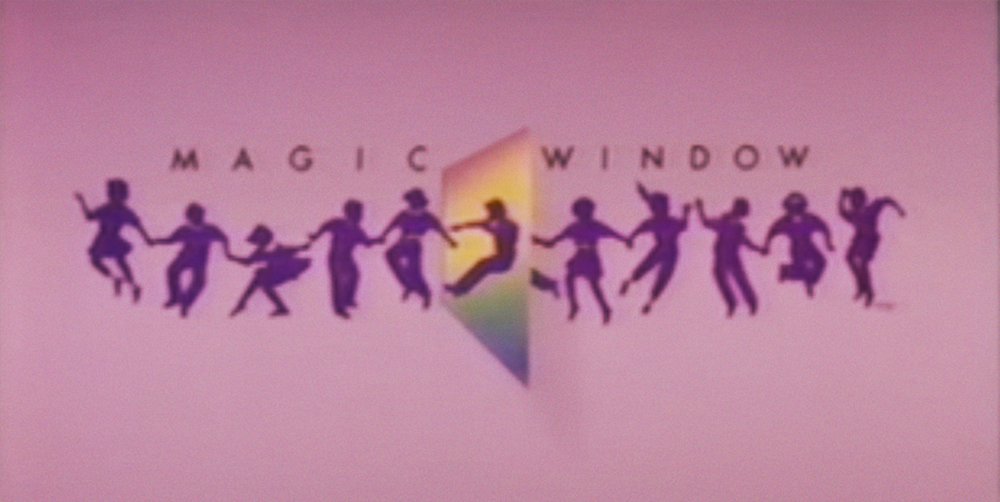 Nickname: "The Running Boy's Revenge", "The Magic Window Logo, But a Little Scarier"
Logo: The logo basically animates the same as the 1985 logo for the RCA/Columbia company of the same name, but it is widescreen and the animation starts when the boy runs past the bridge.
FX/SFX: Same as the Magic Window logo, except it begins in a different place than usual.
Cheesy Factor: The animation of this logo was heavily borrowed from Columbia Pictures, but the music was replaced with the synthesized fanfare for Speedy Video, which makes it a bit cheesier.
Music/Sounds: Same as the 1990s logo for Speedy Video (Malaysia).
Availability: Uncommon. Seen at the beginning of the 2015 theatrically released animated film Stan Curtis: The Fantabulous Adventure. Also shown on the pilot episode of the FOX animated TV series Stan Curtis Adventures.
Scare Factor: Low to Medium.
2nd Logo
(2014-) 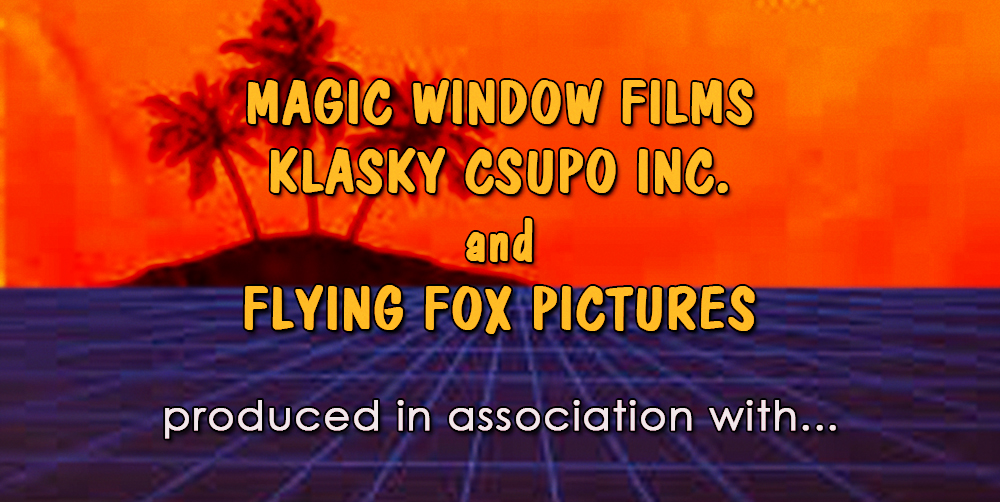 Logo: Superimposed over a generic 80s-style picture of a grid and palm trees, we see the text:
MAGIC WINDOW FILMS
KLASKY-CSUPO INC.
and
FLYING FOX PICTURES
in gold and written in a Dom Casual font. "produced in association with..." is written below in white and in the Century Gothic font.
FX/SFX: None.
Music/Sounds: None.
Availability: Seen on Seasons 1-2 of Stan Curtis Adventures.
Scare Factor: Minimal.