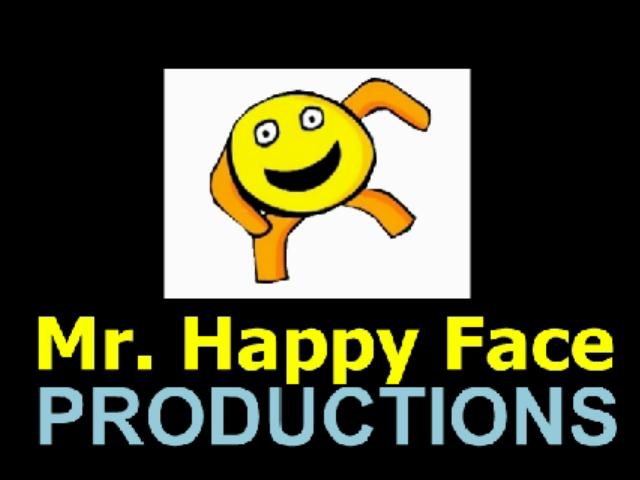 Logo; On a white background, we see Mr. Happy Face zoom in. Then, the picture zooms back to reveal it is on a black background. The text:

Variations: There are a lot of variations for this logo.

Tricolor Logo: The box has red, white and blue streaks to look like the French colours. It only appeared on the first four episodes of The Adventures of Mr. Happy Face.

Orange and Yellow Logo: The box has orange and yellow streaks. It only appeared on The Adventures of Mr. Happy Face episode "Mr. Happy Face Makes a Friend".

FX/SFX: The drawing of Mr. Happy Face, the zoom out, the text forming...

Cheesy Factor: ...which are very cheap by the time.

Music/Sounds: A weird deep sound effect as Mr. Happy Face zooms in, and a loud noise when the picture zooms away.

Music/Sounds Variant; The 1995 MGM lion roar is heard while the box zooms out. Was seen on shows and episodes that don't have the Tetris logo.

Scare Factor: Medium, the drawing of Mr. Happy Face may scare some, if they think he is gonna eat them, but it's very nice.