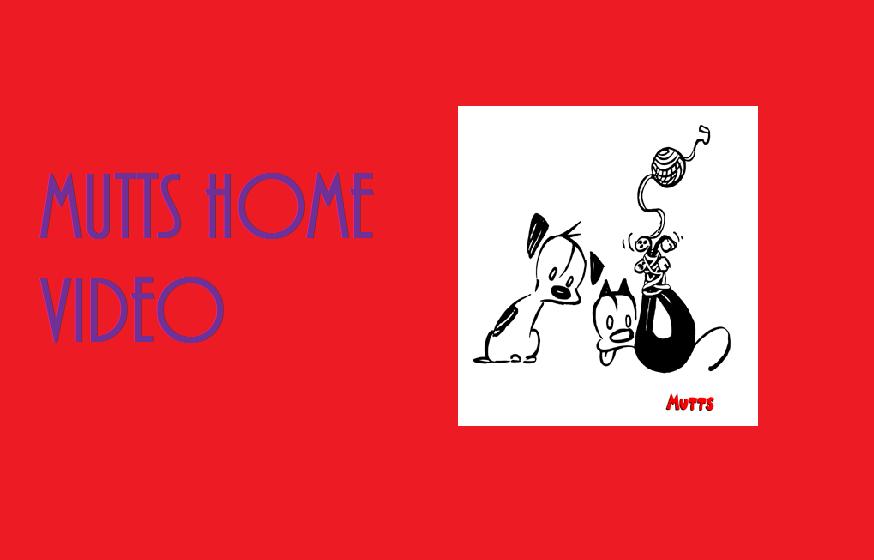 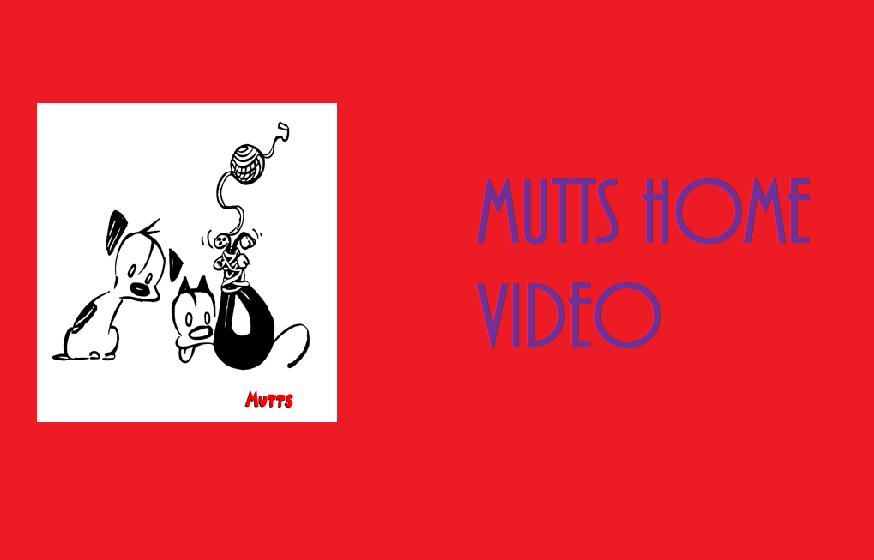 Logo: On a red background, A photo of Earl and Mooch slides in from the right, and we see the text

in purple fade in on the left. The text shines.

Variant: On some releases, the photo comes in on the left and the text fades on the right.

FX/SFX: The photo sliding, the text.

Music/Sounds: 6 synth notes with a "wah" effect, Then 4 french horn notes. On DVDs (and VHS tapes starting in 2000), an orchestral tune was used.

Cheesy Factor: The photo sliding in is obviously 70s animation. Too outdated for 90s or 2000s.

Availability: Extremely Rare. Seen on Mutts Home Video tapes and DVDs of the era, which were re-released in 2006 with the next logo. The alternate logo was seen on The Gift Of Nothing, Art and Bad Baby as well as Krazy Kat: The Comic Art of George Herriman and Mutts: The Comic Art Of Patrick McDonnell. The last tape to use the normal logo was Mutts Sunday Evenings released on September 1, 2005. The last for the alternate logo-Art, released on April 12, 2006. 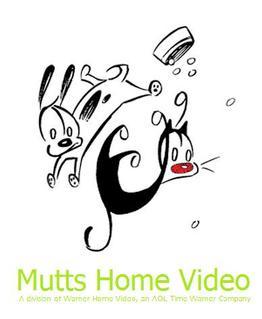 Logo: On a white background, we see Earl the dog dragging his white food bowl along to the middle of the screen. As he starts to take a bite out of the food in the bowl, he is interrupted by Mooch the cat running in. Mooch accidentally launches the food bowl into the air, which makes Earl very very mad. He starts to climb on Mooch to catch the bowl, but Mooch throws Earl away leading in to a fight (which is a big cartoon cloud-like dust puff). After the dust fades in, we see Earl, the food bowl and Mooch frozen in the way they are in the second Mutts book (Cats And Dogs: Mutts II). The green text

below it, then we fade.

in gold flies in with a cartoon crash sound.


FX/ SFX: The animation of Earl and Mooch, by the animators of Cats Don't Dance, and the text zooming in. "Special Release" flying in for the 2nd variant. Woofie and Shtinky, and the logo falling for the preview variant.

Music/Sounds: An orchestral tune accompanied by several cartoon sounds to go with the animation and 2 synthesizer notes at the end.

Scare Factor: None for the normal and preview variants. Low for the Special Release variant.