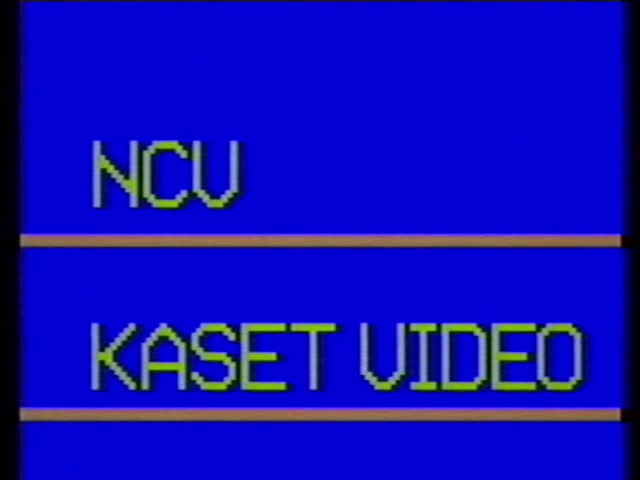 Logo: On a blue background a rainbow-like line wipes in. "NCV" in green with a black border appears above it. Another line draws in, then "KASET VIDEO" appears above that other line.
FX/SFX: The wiping.
Cheesy Factor: This doesn't even look like a 2003 logo AT ALL. It looks like something pulled out from a budget 80's computer!
Music/Sounds: A majestic fanfare, that was also used for a Bojon logo.
Availability: Seen on a 2003 VHS ofBesok, Hari.
Scare Factor: None.
2nd Logo
(2004) 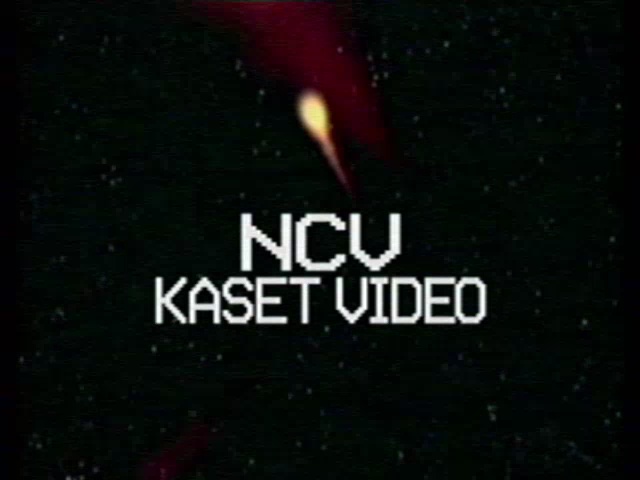 Logo: On a black space background with two red smoke trails and a shooting meteor near the center, that is seen zooming in, the word "NCV" zooms in and stops. "KASET VIDEO" fades in below.
FX/SFX/Cheesy Factor: More horribly outdated graphics, and stolen sound effects.
Music/Sounds: A weird rising sound with a reverse crash, then a bang (which is from the 1st Yen Ping logo).
Availability: Seen on two 2004 VHSs from the company: one fromMempunyai masalah?, and the other fromPaspor Cinta.
Scare Factor: Low to medium.
3rd Logo
(2004-2005) 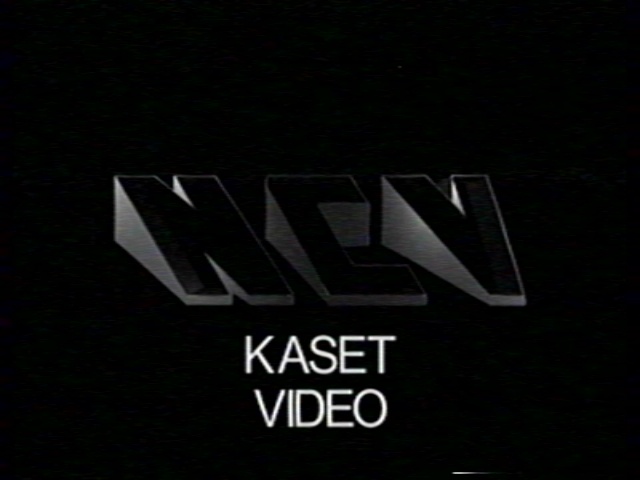 Logo: On a black background a red light appears. "NCV" now in a different blocky font fades in and zooms to the camera spinning, then stops. "KASET VIDEO", stacked, appears below it.
FX/SFX: Better CGI animation.
Music/Sounds: A detuned trancy lead playing over a repetitive bassline.
Availability: This was one of the longest-living NCV Kaset logos. Appears on VHS from the time ofTato Kembali, Hutan Dingin,Tidak Masalah, and others.
Scare Factor: Low.
4th Logo
(2010) 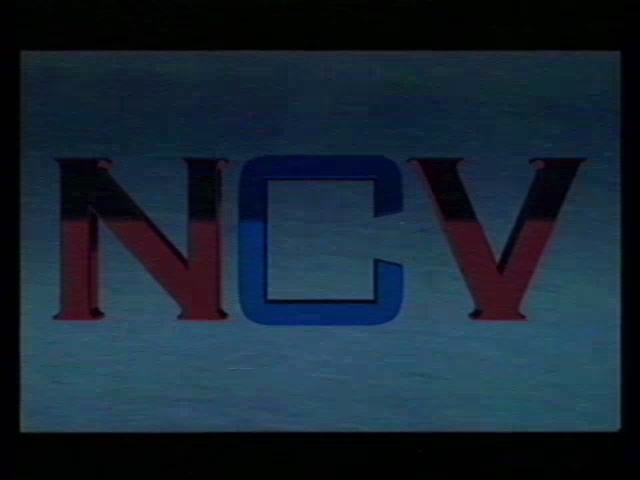 Logo: On a video of a sea which plays forwards and backwards (look closer), the "NCV" letters move in. After few seconds of inactivity the N and V spin while the C also spins, but vertically. The letters stop moving again.
FX/SFX: Not bad CGI...
Cheesy Factor: ...although the video seems stolen from another ident and the music is too!
Music/Sounds: The 2001 Azul Television ID theme.
Availability: Seen on a VHS tape of the 1984 movie Suraya.
Scare Factor: None. It's a blatant logo.