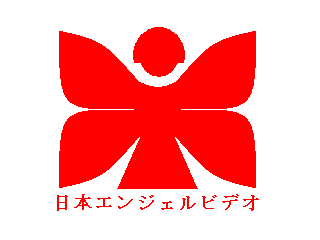 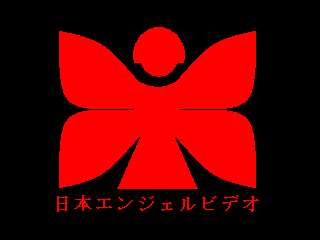 Logo: On a black background, a red angel head floats down and settles just above the middle of the screen. A pair of red symmetrical wings with a triangle on the bottom fold in/out and repeat this cycle twice before finally unfolding to reveal the Nippon Angel logo. "日本エンジェルビデオ" fades in below and the background changes to white.

Variants:
*Sometimes, the background didn't change to white.
*On early laserdisc releases, the logo would fade out to reveal the logo for Pioneer Electronics on the same background.
*On a 1984 VHS print of Vuk (The Little Fox), the logo not have the text below the logo, and flipped to reveal the company name in English and Japanese.
*On Japanese Disney tapes, the logo would "shrink" into the bottom as Walt Disney Home Entertainment (1980-1983) or Walt Disney Home Video (1983-1986) zooms out from the top and settles above the angel.

FX/SFX: The head floating down, the wings "flapping" and the text fading in.

Music: A short generic jazz ditty, or no sound.

Music/Sound Variants:
*Some Disney tapes from Japan had the Disney variant with the 1978 "Neon Mickey" logo music playing under it.
*On tapes of Popeye cartoons distributed by Nippon Angel, the Popeye "toot-toot" whistle would play just as the jazz ditty ends.

Availability: Scarce, a VHS release from the era should have the Nippon Angel logo taking up the top of the box.

Scare Factor: Low, for the normal version, the jazz ditty and Scanimate may not sit well with people. Medium for the Disney variant, especially for those who are already afraid of the "Neon Mickey" logo. 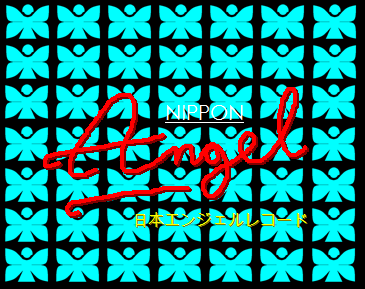 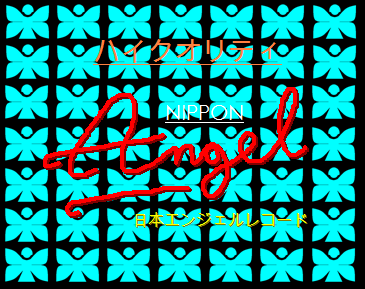 Logo: On a black/blue angel wallpaper, the red cursive text "Angel" (with a drop shadow) flips/zooms out and settles in the middle of the screen. The white "Nippon" and yellow "日本エンジェルレコード" fade in above and below "Angel" respectively. Later, "ハイクオリティ" (lit. High Quality) fades in above the logo.

FX/SFX: All the animation in this logo.

Cheesy Factor: Again, simple Scanimate animation, but an improvement over the previous logo.

Music/Sounds: An 80's synth theme, with a sound effect similar to the Jetsons-car taking off, much like the FHE logo from 1985.

Availability: Scarce, can be found on 80's videotapes/laserdiscs of Top Cat and Gumby episodes, Macskafogó, The Elm-Chanted Forest, some concert videos, and other Japanese releases of the era. Releases from 1986-1993 were co-distributed by Warner Home Video, so a VHS/laserdisc release from the era can be identified by an image of the program/movie surrounded by a big black border with the Nippon Angel logo on the bottom and the WHV logo on the top. This one was only used for two years, and so the only way to identify whether or not a VHS release has this is by checking the print date on the front and back of the box.

Scare Factor: Low, the music and "Angel" flipping/zooming out may cause more than a few scares. 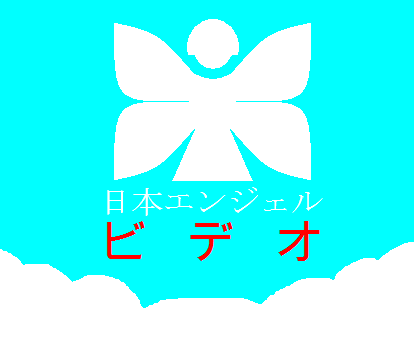 Nickname: "Angel in the Sky", "Finally! An Angel Logo that Makes Sense!"

Logo: On a time-lapse shot of clouds in the sky, a 3-dimensional rendition angel zooms up while flipping once. The background fades into a shot of hand-drawn clouds on the bottom of a sky-blue background. "日本エンジェル", in white, fades in below the angel and "ビデオ", in red, fades in too.

Trivia: The CGI of the angel zooming/flipping in was done by Japan Computer Graphics Lab and the time-lapse clouds shot was shot somewhere in Okinawa.

Variant: On some tapes, the logo was shown without the time-lapse clouds shot.

FX/SFX: The time-lapse/hand-drawn clouds, the angel flipping in and the text appearing

Cheesy Factor: For a logo from 1988, particularly from Japan, this is a minor improvement over the previous logo. At least the angel was done with 3-dimensional CGI.

Music/Sounds: Choir notes for the opening shot and a majestic orchestral fanfare beginning with the angel flipping in and ending with a reverse cymbal crash and a gong sound.

Availability: More common than the previous logo, and again spotted on releases co-distributed by Warner Home Video. Strangely enough, an omnibus VHS containing Pingu and Chapi Chapo shorts has this logo before the opening previews and the previous logo after the previews before the program!

Scare Factor: Low to medium, the CGI angel and music may put off some people. This is nothing compared to the next logo, however.