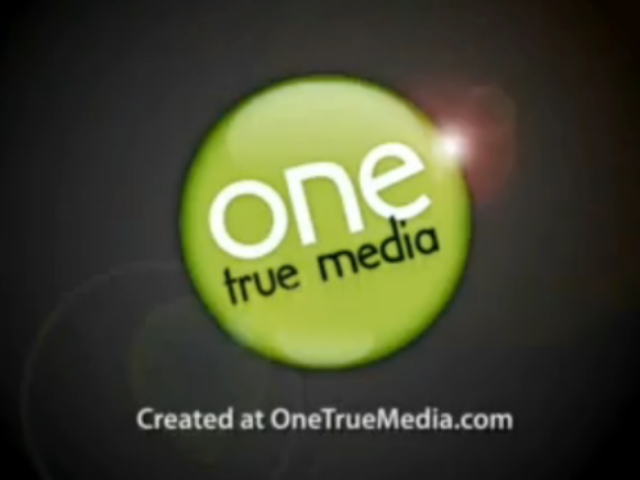 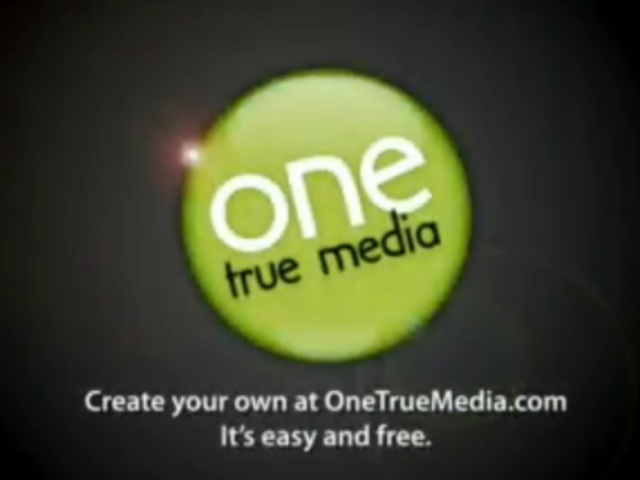 Opening Logo: On a gray background with a spotlight, a green circle is seen. It has the white word "one" and the black words "true media". As a light moves around it, "Created at OneTrueMedia.com" appears.

Closing Logo: A longer variant of the opening logo. The circle has no text at first, but a glow of light spins around it and flashes, then "one true media" appears. Under the logo, "Create your own at OneTrueMedia.com. It's easy and free." appears.

FX/SFX: The text appearing and the light.

Music/Sounds: None or the film's theme for the opening logo, but for the closing logo, a rising sound, and a synthesized ding.

Availability: Seen on material by OneTrueMedia.