NOTE: Paramount Pictures is a real company. These just display dream logos of what Paramount might do in the future. Link to real Paramount logos
10th Logo
(2012-) 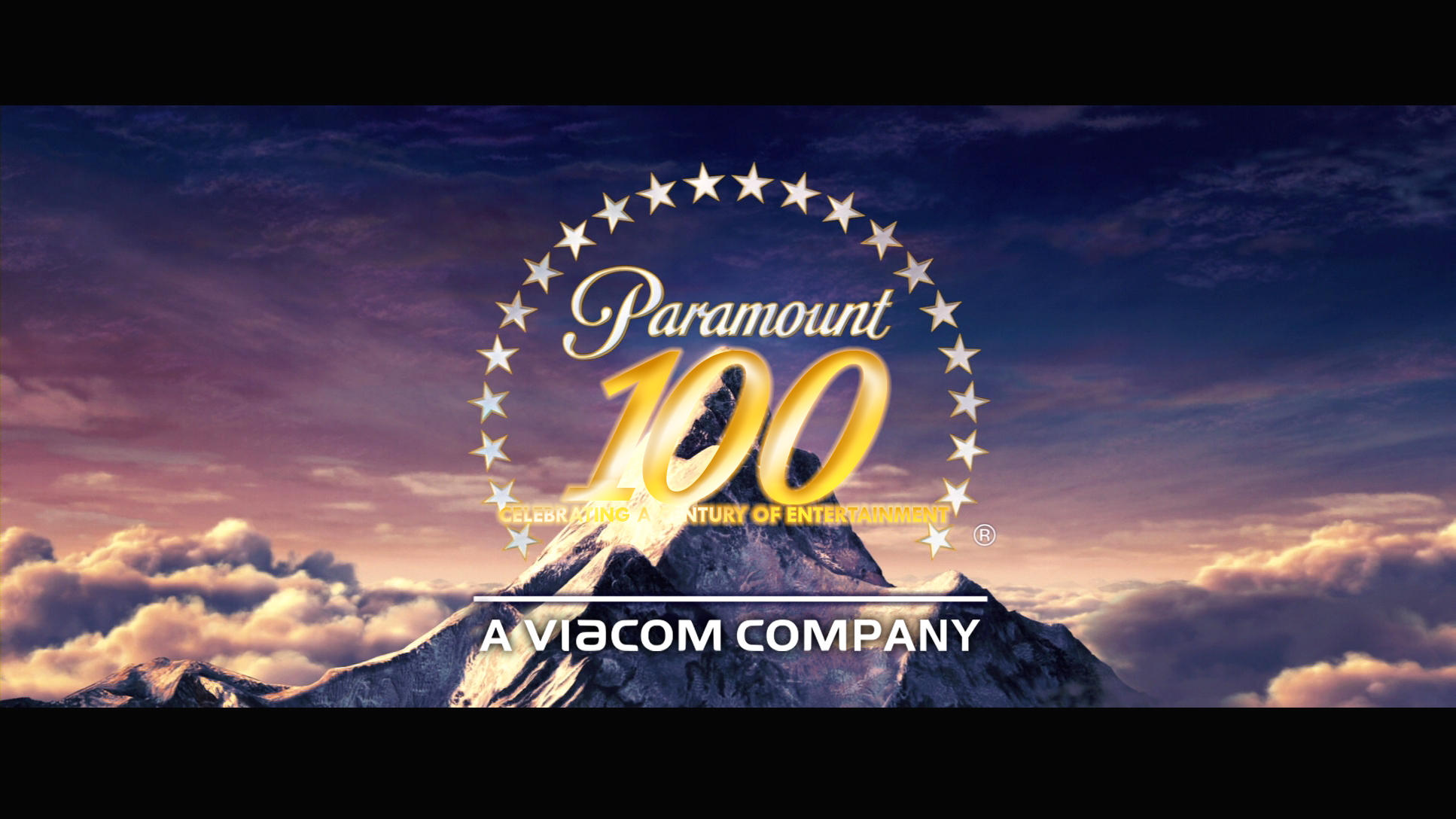 Nickname: "Paramount 100"
Logo: We see clips of Paramount logos 1-8. The first 5 logos are in black and white and the 3rd logo is the Vistavision version saying "A Paramount Picture", but the Vistavision part is cut out. Once the 8th logo starts, the screen slowly fades to white. When that logo ends, the color is solid. We now zoom through a village, a forest, hills, another village, another forest, and a lake, (a la HBO 2000). The zooming speed slows down once we enter the 2nd forest, and stops when we enter the lake. The camera then pans up into the clouds, and we see the Majestic Mountain, more beautiful-looking, more realistic, more majestic than logo 8. The infamous Paramount stars fall into it's places with the infamous "Paramount" text in the infamous Paramount font. Then, a gold light shimmers in the center of the mountain and it turns into the number 100 in a gold, metallic font. Below the 100, text reading "CELEBRATING A CENTURY OF ENTERTAINMENT" fades in along with "A VIACOM COMPANY" in it's new 2006 tube-like logo font under that text.
FX: Just imagine the CGI of the 2010s,how realistic it looks, you can't even tell the difference between reality and fantasy, even for an expert!
Cheesy Factor: Minus None. We are in the year 2011 and what if the first time machine was built today and you went into the future to see this logo. If you'd saw it, you probably would've number 1 and 2ed in your pants by your amazement.
Music: The music of each logo when we see logos 1-8, respectively. Then we hear an extended version of the 2002 Paramount logo theme(Which is currently being used today in 2011).
Availability: Will be seen in Paramount films of the era.
Scare Factor: None, but low for people who are used to the previous logo.

Logo: We start at the ground level of a thick pine forest. We then zoom back and pan up through the trees to the orange sky, where 22 silver stars fly down from the top in a manner similar to the 2002 logo. The familiar mountain appears from the front as the stars revolve around it and then take their place around the mountain, as the sky slowly turns blue. At the mountain's foot are more trees and a river, and in the distance are more peaks, an attempt to return the mountain to its 1950s appearance. The "Paramount" script fades in above the mountain, and below it, soon afterwards, "100" in a geometric sans-serif typeface (the "1" is made up of two straight lines, and the two zeros are perfect circles) fades in on the mountain, with "YEARS" under it, also given a geometric treatment. Notably absent is the Viacom byline; this is the first time since 1995 that it will not be a regular presence. (Starting in 2013, "100 YEARS" is absent, obviously.)

SFX: All of the effects, top-notch like its predecessor.

Music: A re-orchestrated version of the traditional Paramount fanfare, with the chimes de-emphasized, more percussion, and at a slower pace.

Availability: Common, will appear on films from the studio beginning in 2012.