Background: This is Pooja Pururu(پوجا پورورو)'s Punjabi-language film production company based in Lahore, Punjab. It is best known for producing science-fiction movies distributed by Toofan Productions.
(1993-1997) 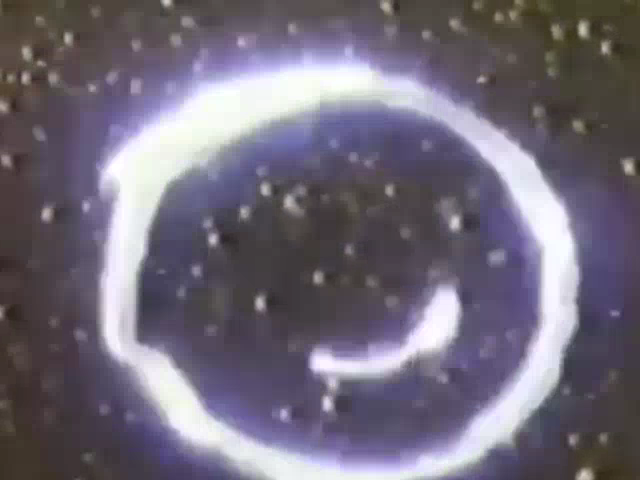 Nicknames: "Space in Pakistan", "Where's Pururu?", "The Low-Budget Space Rings", "The Pakistani Low-Budget Nightmare Experience"
Logo: We see a space background. The rings (possibly to looks like shock waves that came out from the distant explosion) come out and zoom towards us. We cut to a science-fiction video where something is throwing a beam at the rings. The space background is rippling. The name of the company is never shown on the logo, but when the video cuts out, we see the Punjabi text that reads
پورورو فلمیں
پیش کرتے ہیں
sliding in from right to left. After the text stands still, it slides out. It follows the Toofan Productions logo.
Trivia: The rings were made at Pinnacle Studios (not to be confused with the video editor, Pinnacle Studio) using the special effects.
FX/SFX: The rings, the beam, the rippling, and the Punjabi text sliding in and out.
Cheesy Factor: The quality of the video looks like something from the 1980's than 1993. Also, why did the announcer suddenly cut off like that? Mostly the cause of a film splicing or a huge editing error. The ring and text animation can become instantly cliché. And who dares about not putting Pururu in the logo, if she's from Sgt. Frog? Shouldn't the image be like by the ideal logo for this title, like this?
Music/Sounds: The man speaking deeply in Punjabi, which is suddenly cut off.
Availability: Rare, possibly extinct. Seen on some science-fiction movies distributed by Toofan Productions, like Fire Fox, Dimagh, Bud Unwani Reastain, 2001: Aik Khalayi Avdisi, Cheez, andTroon.
Scare Factor: Low to medium. The deep announcer and the rings might unnernve some people, the sudden cut-off could also jar some viewers as well. It can raise if it follows the Toofan Productions logo.