Background: Quality Film Video is a Canadian home video company headquartered in Ontario. The company was founded in 1989 with several children's releases. In 1999, the company started releasing their programs on DVD and began releasing movies and shows on Blu-Ray in 2007. 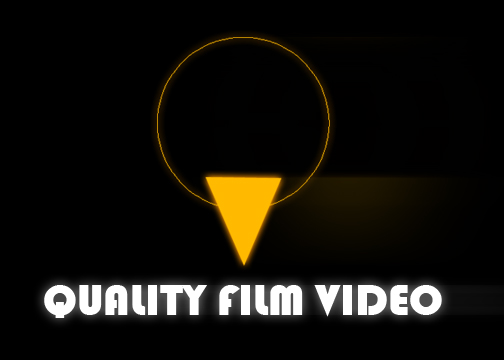 Logo: On a gray marble BG, "QUALITY" in bluish-green color fades in and then fade out. "FILM" does the same thing. And then "VIDEO" also does the same thing as "QUALITY". Then a stylized Q (a outline circle with an upside-down triangle at the bottom of it. Looks strange?) forms at the center of the screen. The BG then fade out to black and the stylized Q turns orange and moves to the top of the screen while slowly zoom out. QUALITY FILM VIDEO fades in at the bottom of it in Bauhaus 93. Then we fade out.

Music/Sounds: A long whoosh sound, a thud, another thud and a 3rd thud followed by a 6-note synth tune when the "Q" is forming and a 5-note orcestral tune.

Availability: Seen on the tapes of the time, so pretty much extinct. 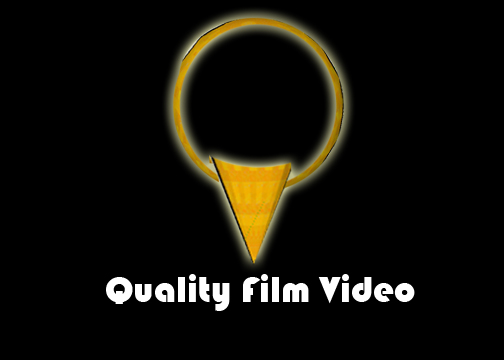 Logo: Basically, an all-CGI version of last logo, and QUALITY FILM VIDEO is not in all-caps, only Q, F and V are in caps.

1999 DVD Variant: At the end of the logo, the CGI stylized Q is in gray and the DVD logo in orange flips in and zooms out rapidly (ala the Columbia-TriStar DVD logo)

Logo: On a black BG, many 'sparks' or 'stars' spin around to form a circle and finally forming the same old Quality Film Video logo, then the black BG fades into a sunset sky BG. QUALITY FILM VIDEO in green, fades in below the logo.

Blu-ray Variant: After the logo, the Blu-ray logo forms in a way just like the 20th Century Fox Blu-ray logo, which makes the duration of the logo longer.

FX: The sparks, the fading.

Music/Sounds: A whoosh,a different thud which sounded similar to the 1989 logo followed by a 6-note flute tune. Sometimes it had the same music and sounds from the 1st logo without the thuds.