Regional Broadcasting, or RB is a unauthorized television service that is broadcasted on the spare transmission space used by ITV's Regions. It started on ITV's launch day, and was shut down on 1995, due to legal troubles.
1st Logo
(1950s) 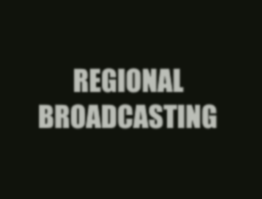 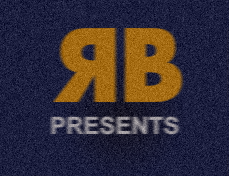 Nicknames: "RB's Getting Ready" "I Can't Believe It's Not ITV"
Logo: On a black background a blue river fades into view. The strands on the river shift up and down as the letter "R" and "B" fade in. Finally, at the end, the inside of the "B" fills with 3 black lines on a blue background, and the lake fades. Unlike it's ITV counterpart, this logo doesn't have any regional variants.
FX/SFX: The movement of the river.
Music/Sounds: A somewhat clunky synthesized tune that culminates into ITV's 5-note trumpet fanfare.
Avalibilty: While not avalible on TV, after RB had to be shut down in 1995, a tape was released that contained all RB regional logos, as well as this one.
Editor's Note: TBA.