Background: Roblox Pictures was formed in 1982 by Roblox Entertainment, Inc. Although they were established in 1982, they didn't release their first film until 1984. Starting in 2000, Roblox Pictures would have an agreement with five of the "Big Six" major film studios and "mini-major" Lionsgate to distribute their content in the country of Robloxia. Other minor film and television studios have their content distributed by Roblox Pictures in Robloxia. In 2002, The Walt Disney Company would have an agreement with Roblox Pictures to allow them to distribute Disney's movies in Robloxia. Their films were previously released in North America by Paramount Pictures from 1985-2005 and Metro-Goldwyn-Mayer from 2005-2017 and currently by McBain Productions from 2017 onwards.
null
null
null
1st Logo
(1982) 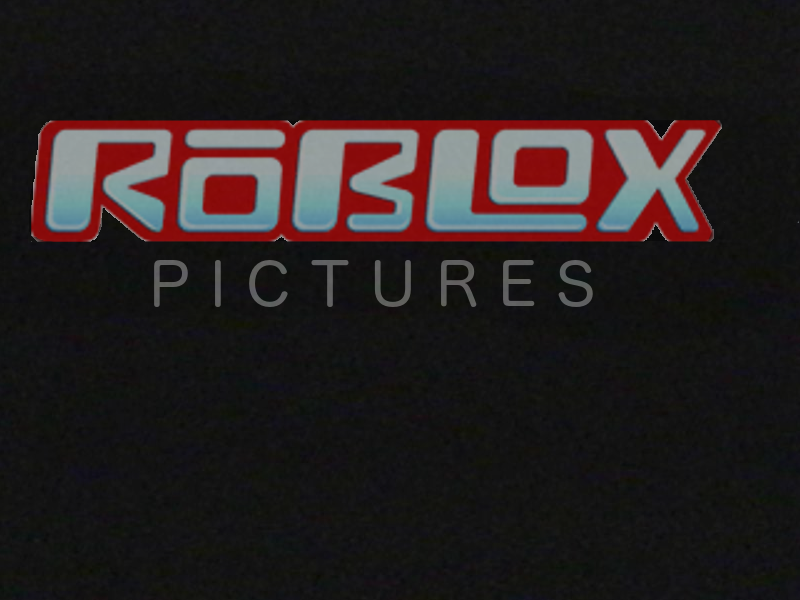 null
Nicknames: "The Early Roblox Logo", "Sliding Roblox", "Early 80s Roblox"
Logo: On a black background, we see the 2005 Roblox logo slide in from the right. When it finishes, the word "PICTURES" appears below.
null
FX/SFX: Just the sliding in and the fading of "PICTURES".
null
Cheesy Factor: The animation is very primitive, even for 1982.
null
Music/Sounds: None.
Availability:''Extinct. The only evidence of this logo was from a promo tape.
null
Scare Factor: Low.
null
2nd Logo
(1984-1989)
null 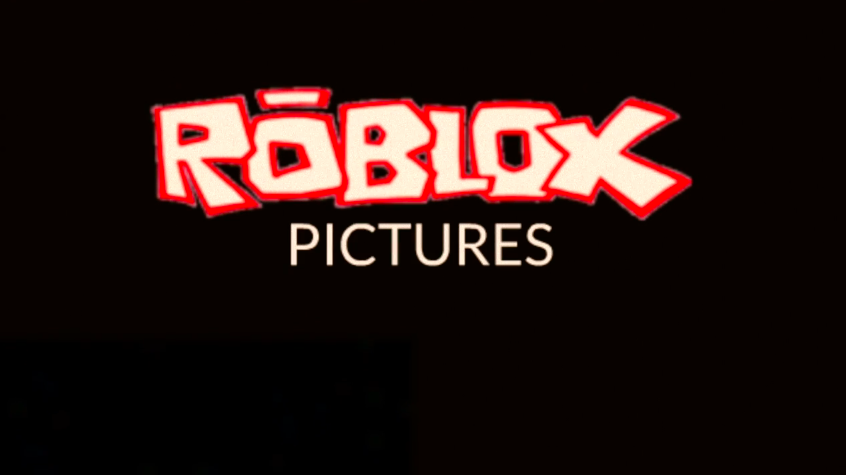 Nicknames: "The Roblox Logo", "The Grid", "80s Roblox"
Logo: On a black background, a grid outline of the 2006 logo slowly wipes in from left. When it's done, the logo fades into it's full colour version. The word "PICTURES" appears below.
null
FX/SFX: The grid outline transforming, the appearance of "PICTURES"...
Cheesy Factor: ...which is extremely primitive and simplistic. At least it's better than the first logo.
Music/Sounds: The opening theme of the movie, or silence.
Availability: Seen on Roblox Pictures films from the era.
Scare Factor: None to minimal.
3rd Logo
(1989-1994) 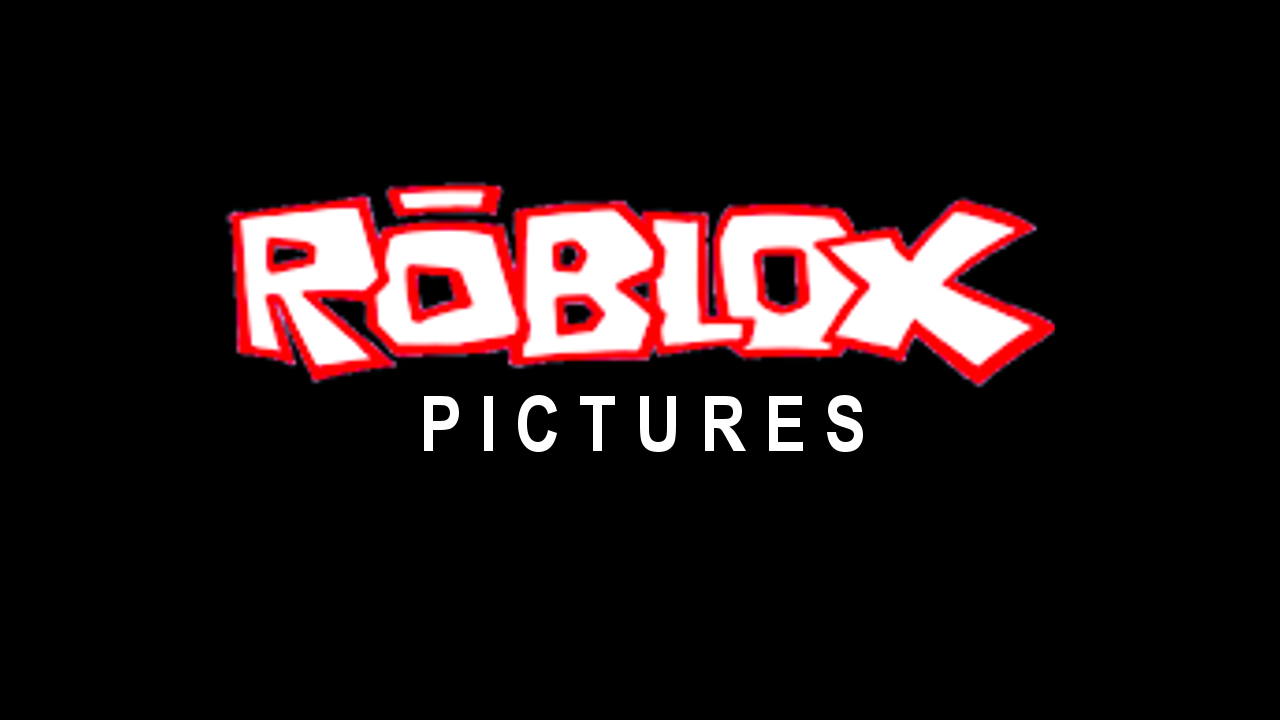 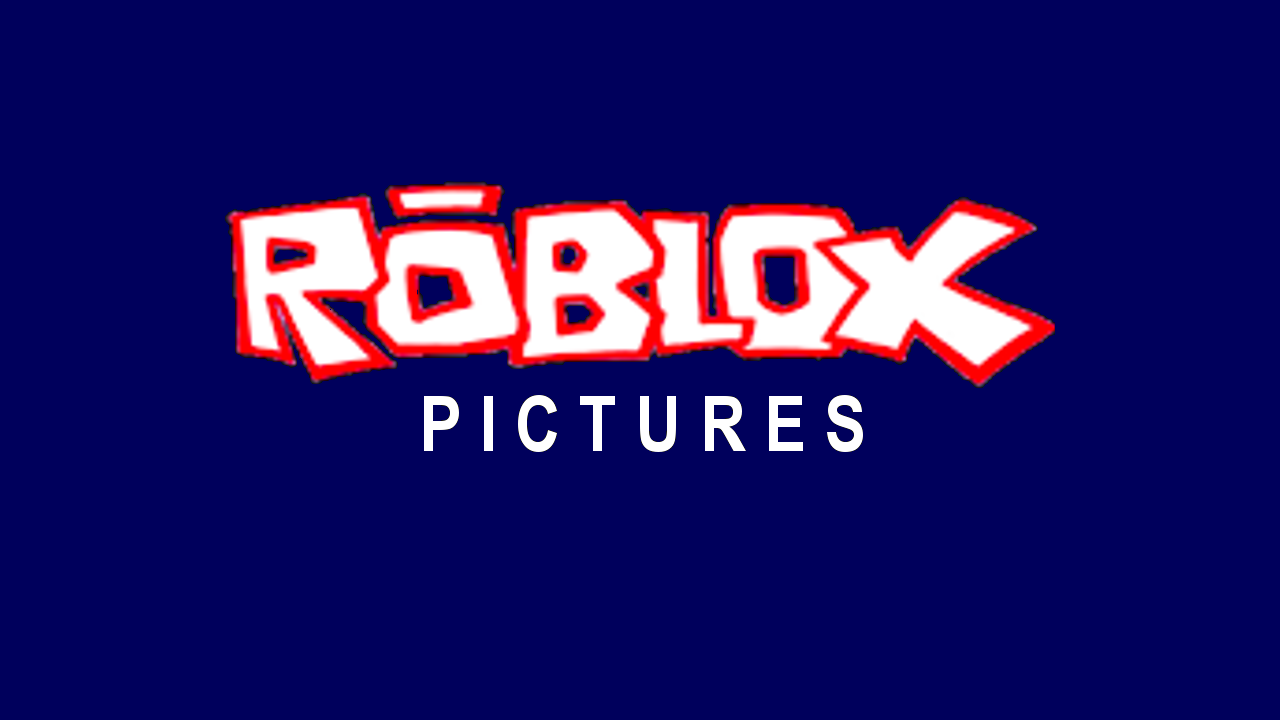 Nickname: "The Glow"
Logo: On a black background, we see the 2006 Roblox logo in the center of the screen, dimly lit by a single light. The light slowly increases in brightness, to the point where the light completely engulfs the screen. The light dims back down to normal brightness, and we see the word "PICTURES" below the logo.
Variant: Starting in 1992, the logo takes place upon a very dark blue background.
FX/SFX: The light brightening, and the light dimming.
Music/Sounds: None.
Availability: Same as the 2nd logo.
Scare Factor: Low, it might unsettle a few on first viewing, but it's mostly harmless.
4th Logo
(1994-1997) 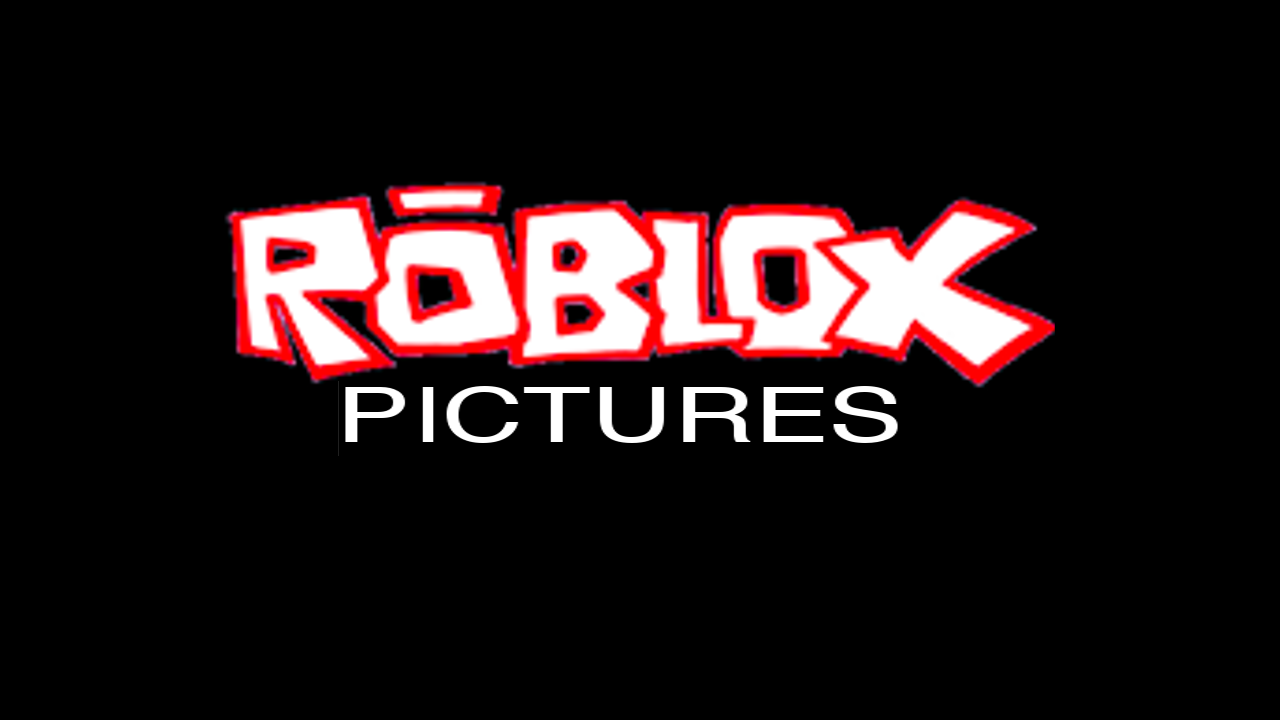 Nickname:"The Flashing Lights"
Logo: On the same black background, we see the 2008 Roblox logo in the center of the screen. The logo "sparkles" for around 5 seconds. The entire logo eventually briefly glows white as the word "PICTURES" appears below.
FX/SFX: The glitter effects, and the glowing.
Cheesy Factor: The glitter is cheesy looking, and the glow is rather unprofessionally done.
Music/Sounds: An uninspired disco tune.
Availability: Same as the 2nd logo.
Scare Factor: Low to medium, the suddenness of the logo might surprise you.
5th Logo
(October 18, 1997 - October 11, 2001) 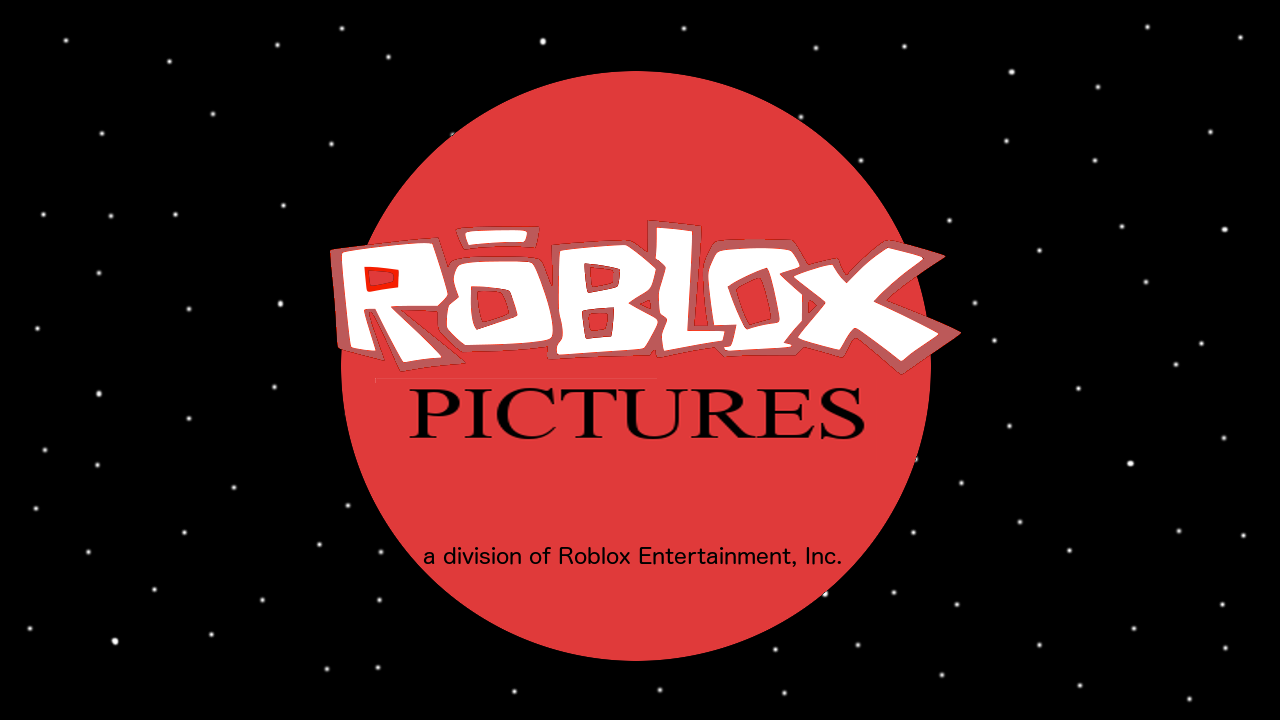 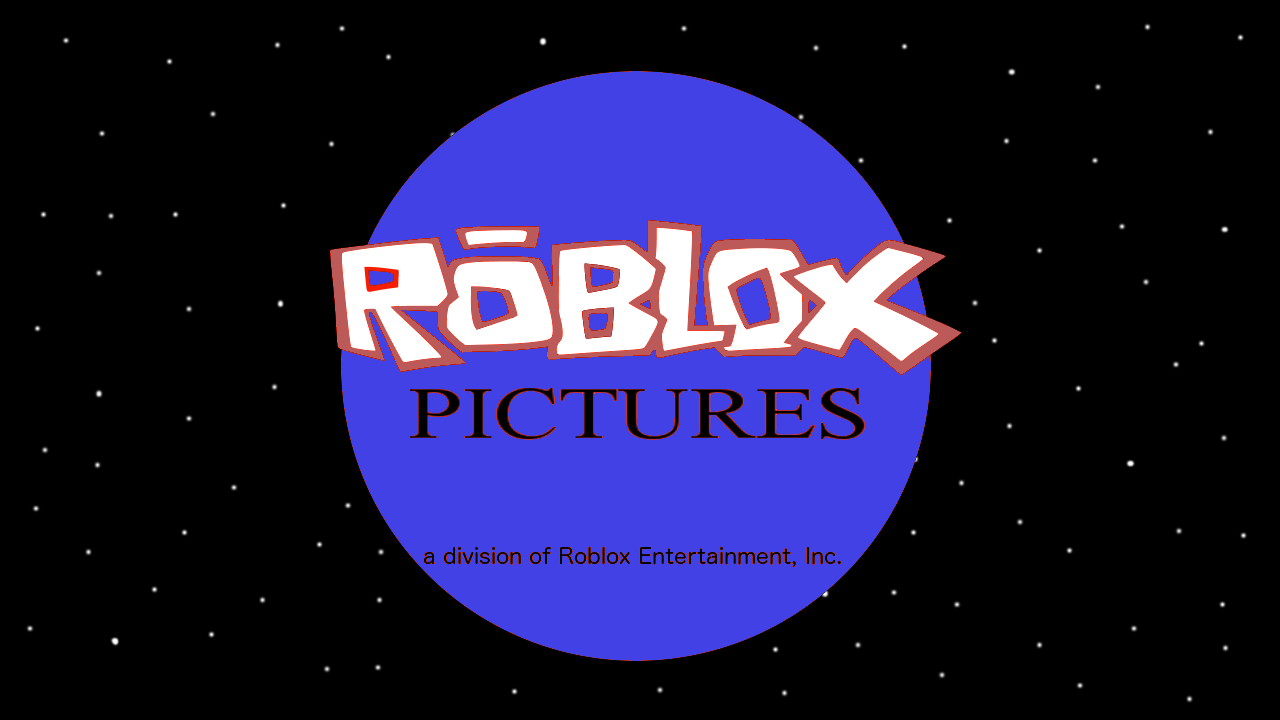 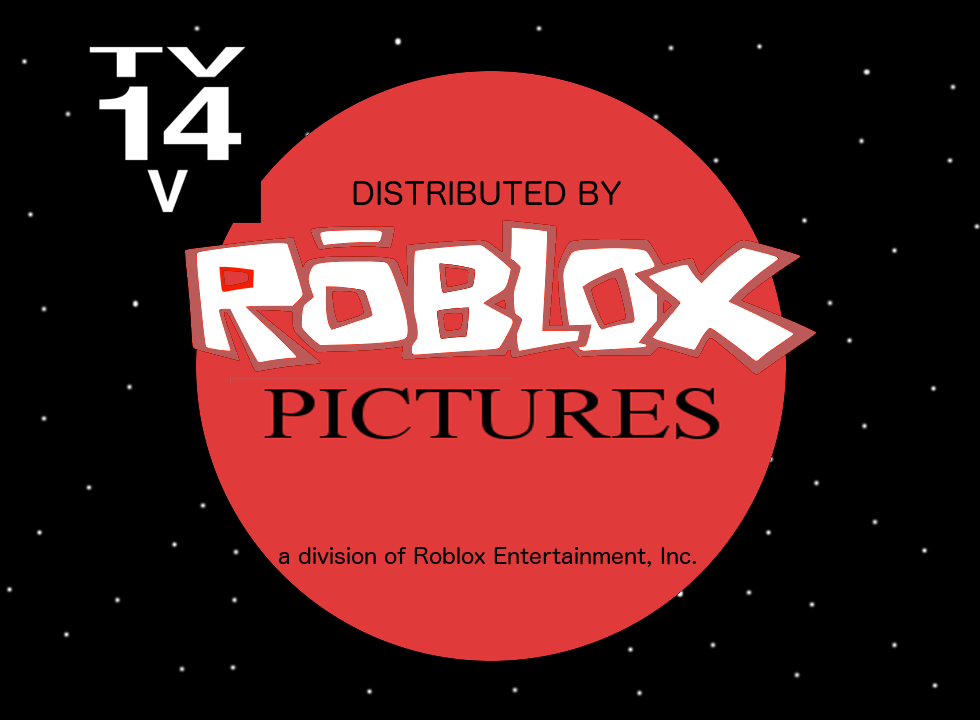 Nickname: "The Globe"
Logo: On a space background, we see a textureless globe rotating. It remains that way for about 5 seconds, until a bucket of paint appears from above and splatters red paint all over the globe. The 2008 Roblox logo with the word "PICTURES" below it fades in the middle of the globe. Then, the globe stops rotating. The byline "a division of Roblox Entertainment, Inc." fades in below.
Variants:
FX/SFX: The globe rotating, the red paint, the appearance of the Roblox logo. All good CGI for the time.
Cheesy Factor: On the "Distributed By" variant, the words are cheaply superimposed.
Music/Sounds: A deep synth humming sound throughout the logo. When the Roblox logo fades in, a whoosh plays.
Music/Sounds Variants:
Availability: Common. Can be found on Roblox Pictures films like Joey Gets Grounded, The Destruction of Alfred Dickson, and some others. Can also be found on Robloxian prints of films from other companies as well.
Scare Factor: Low to medium. The globe and the whoosh might surprise some. At least it's better than the next logo below...
6th Logo
(November 15, 2001 - December 4, 2012) 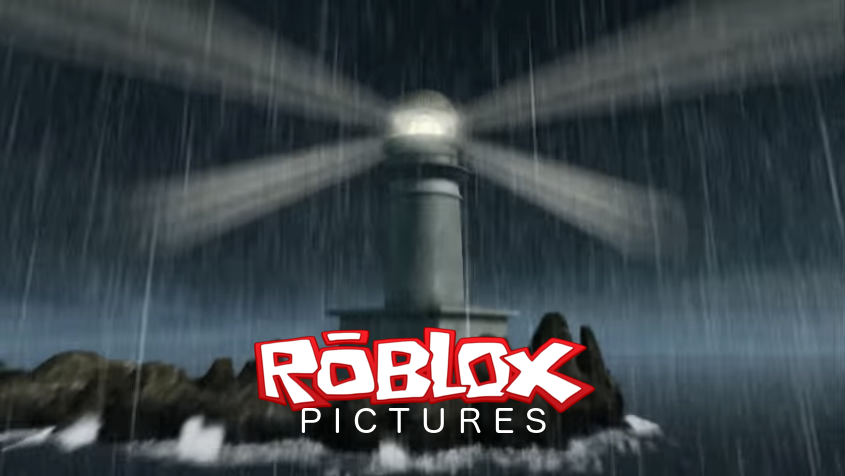 Nicknames: "The Lighthouse of Doom", "ROBLOX THUNDER!!!"
Logo: A robloxian (who is Roblox user likingWhatever55) enters a lighthouse building while a rainstorm occurs outside. He turns on a lamp, and takes a lever and pulls it down.Immediately, an electric impulse runs up, by some wires, we follow it quickly and release out. The lighthouse lamp starts to brighten, the camera zooms out to view the lighthouse building, atop a rock around the sea as the lighthouse emits light. The 2010 logo fades in below, with "PICTURES" underneath.
'
Trivia: This logo debuted earlier in the year for other Roblox divisions. May 2001 for its television counterpart, and August 2001 for its music division. It wasn't until November that the film division would get the new logo.
Variants:
FX/SFX: All CGI.
Music/Sounds:"Sound of thunder and pulling lever. Then suddenly a dramatic soundtrack starts tied to the impulse running, ending as a peaceful note.
Availability: Common. This logo has appeared on Robloxian prints of many movies, plastering the original logos. Also appeared on Roblox Pictures films from the era.
Scare Factor:"Low to high. The ominous nature of the thunderstorm, creepy music, rapid camera angles, and the jarring switch from a fast-paced environment to a calm one can scare a lot of people and can be a source of bad dreams for more than a few of them.Despite that, this logo is a favorite of some, who may otherwise like the dark nature and great CGI effects and/or find it memorable.
7th Logo
(January 7, 2013 - November 28, 2015) 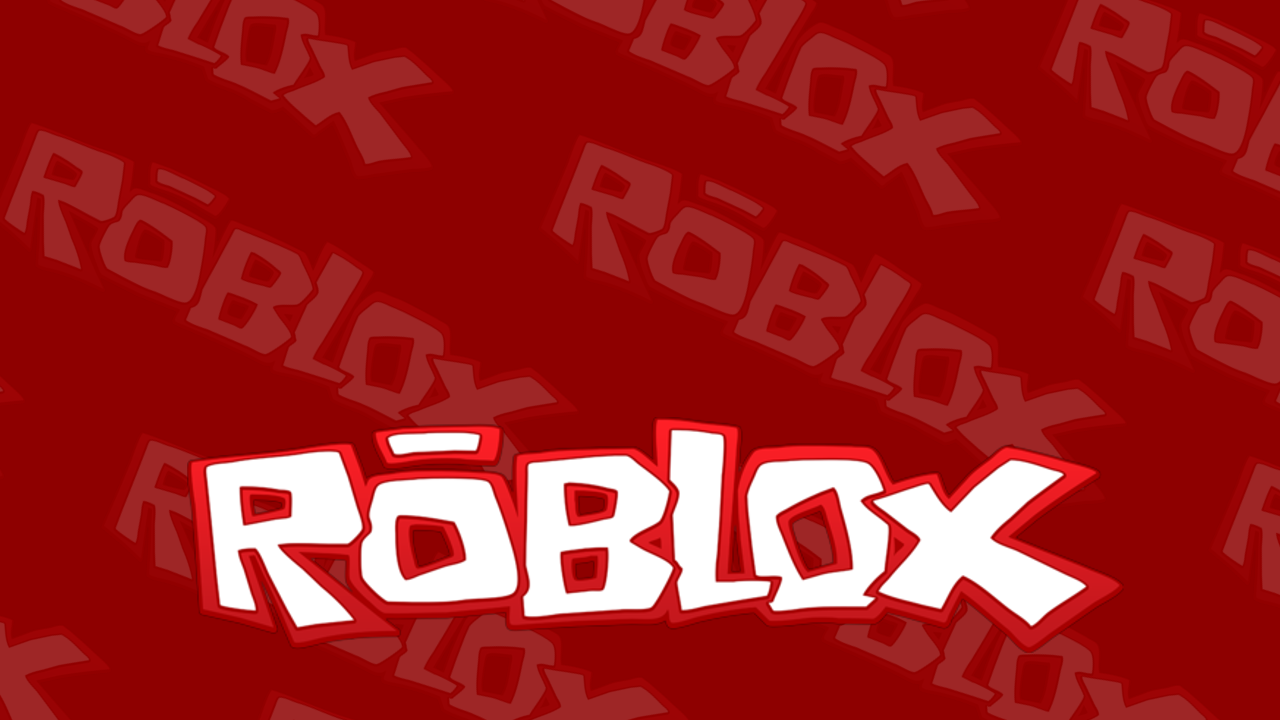 Nicknames: "The Calm Roblox Logo"
Logo:/On a red background setting, we see lots of Roblox logos moving past us. One turns to full colour and turns to face the screen. The logo shines.
FX/SFX: The turning of the logo.
Music/Sounds:-A synth tinkling sound.
Availability:.Common.
Scare Factor: None, it's a peaceful logo. But the scare factor rises again with the next logo...
8th Logo
(December 18, 2015 - January 5, 2017) 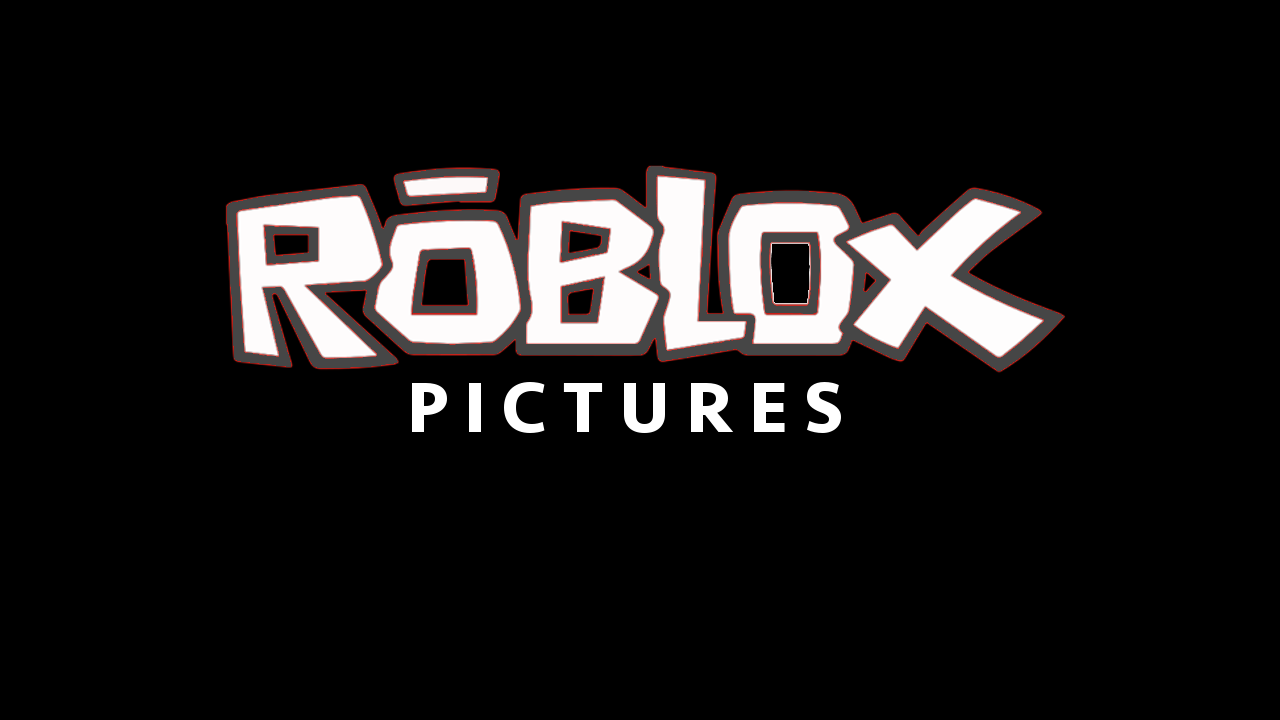 Nickname: "The Scarier Glow"
Logo: It's basically the 3rd logo, but in black and white. The 2006 logo has also been replaced with the 2015 logo.
FX/SFX: Same as the 3rd logo.
Music/Sounds: A synth humming note that gets louder and louder until the very end, when it dies down.
Availability: Current. Seen on current Robloxian prints of movies and Roblox Pictures films.
Scare Factor: High to nightmare. The fact that the logo is in black and white makes it scarier, and the music does not help at all. However, it is a favorite of many.
9th Logo
(January 12, 2017-) 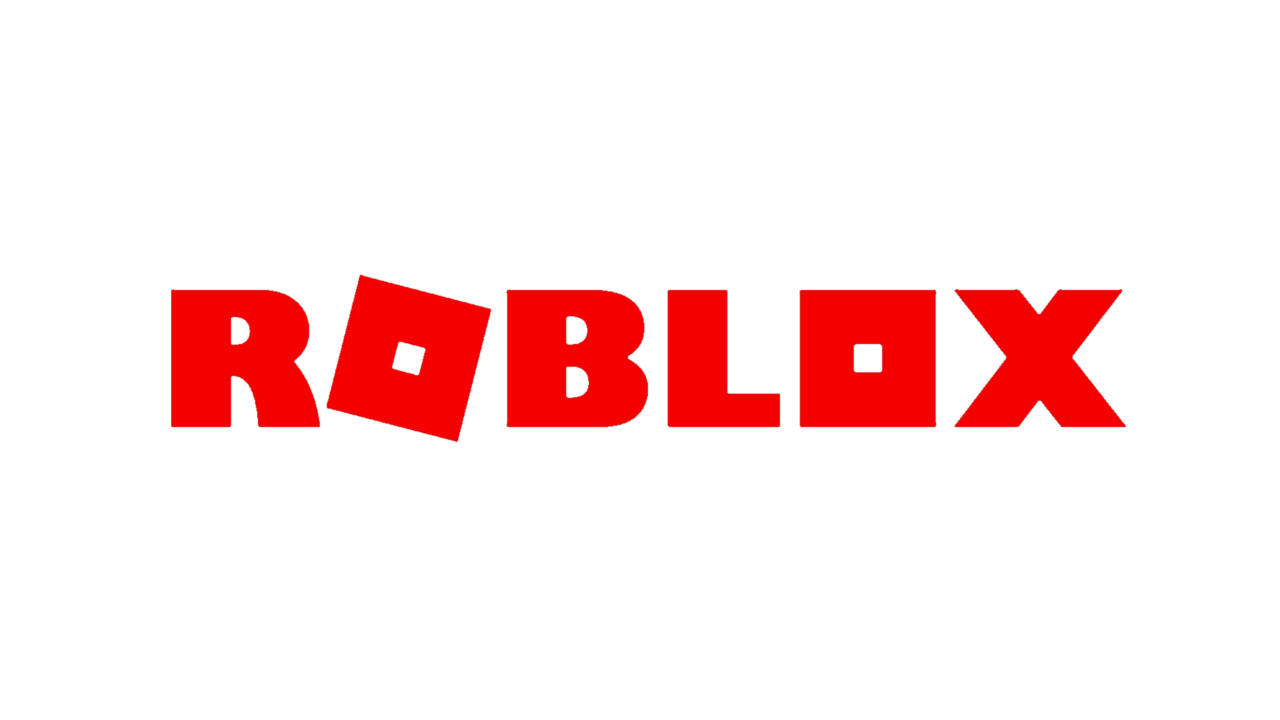 Nicknames:."The Rotating Box", "Metroblox", "Where's the usual font?"
Logo:.On a white background, a red square with a square-shaped hole in it is seen rotating and sliding in from the left side of the screen. Just when it is about to reach the center of the screen, the 2017 Roblox logo is seen zooming in rapidly until it blends in with the box. The logo is still after this.
/
FX/SFX:.The box moving, the Roblox logo appearing. Pretty bland 2D animation.
/
Music/Sounds:.The logo begins with what is apparently the voice of a human speaking in reverse, followed by a low droning noise when the logo becomes still.
/
Availability:.Brand new, first debuted on the official Facebook and YouTube pages for the company, and made its film debut on the Robloxian print of Rogue One.
/
Scare Factor:.Low to high, the sound effects might scare a few, and the zooming in might jumpscare a few, but this is a clean logo. However, it might also come off as annoying for those who are fans of the old Roblox logo.