Background: This was founded as a sub-label of Star/Breil Video to release low-budget, classic and TV movies on video. 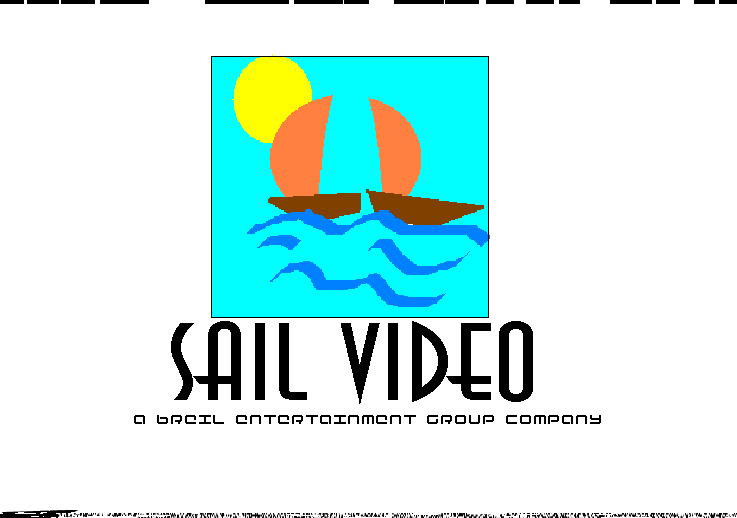 Logo: On a light blue BG, a blue wavy line is drawn, representing the sea. Another (but shorter) is drawn under that. Then an outlined sailboat is drawn on the top of it, and then another (but in wrong way) is drawn on the right of that. A circle, representing the sun, is also drawn at behind the sail tip of the 1st boat, and then the whole thing colors by itself. Then it zooms out,revealing that it is in a box on a white BG. SAIL VIDEO appears at the bottom of the box. "A BREIL ENTERTAINMENT GROUP COMPANY", in a techno-like stylized font, appears below SAIL VIDEO, as a byline.

FX: The drawing, the zooming, SAIL VIDEO and the byline appearing.

Music/Sounds: A shore sound, like the Toei logo, otherwise it is silent. Starting in 1995,a remix of the MCA-Universal Home Video 1991-1997 logo theme is heard.

Availability: Seen on the company's VHS tapes of the time. 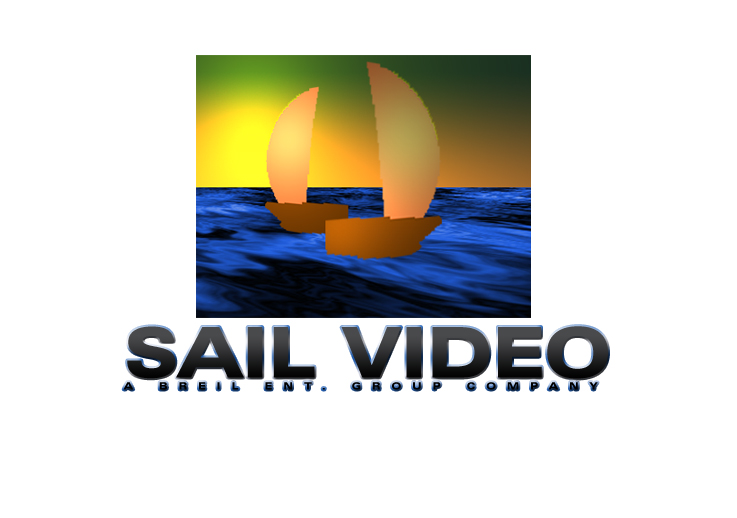 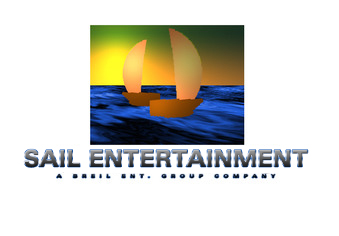 Logo: A CGI version of last logo. It starts out with a CGI rendering of under the sea, then we pan up to the water surface,then we zoom out,revealing flat CGI sailboats from last logo, also it had a CGI sunset background (with no clouds) behind the sailboats and the sea. We zoom out like the last logo, SAIL VIDEO and the byline appear as usual,only in a more corporate font,and in addition, "A BREIL ENTERTAINMENT GROUP COMPANY" is shortened to "A BREIL ENT. GROUP COMPANY", also the text is also in CGI

Variant: By 2005,this company stopped releasing cheap movies on VHS tapes and went on to release budget movies on DVD. SAIL VIDEO is replaced by SAIL ENTERTAINMENT from 2005-2009.

FX: The panning, the zooming, SAIL VIDEO and the byline appearing.

Availability: No longer current, seen on later VHS releases and early DVD releases by the company. 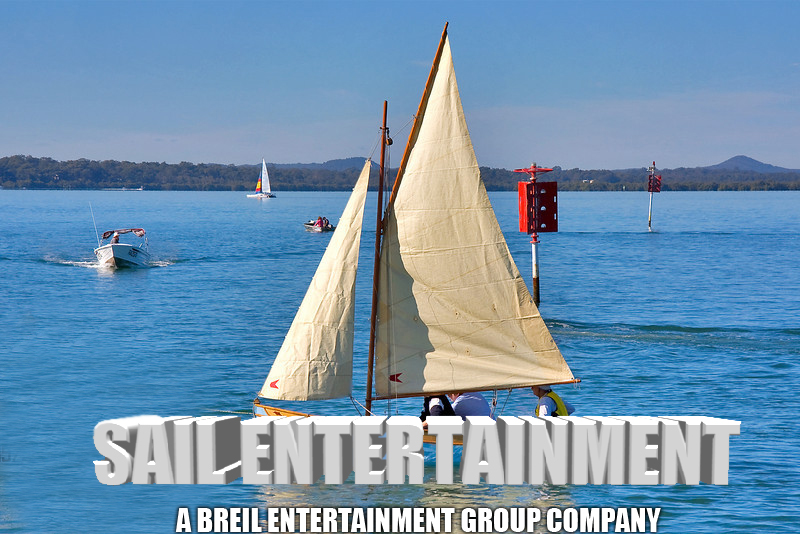 Logo: A live action sailboat is seen, sailing onto the screen. A few live action people are seen, fishing. One of them catches the CGI word "SAIL". Another one of the catches the CGI word "ENTERTAINMENT". They throw the two words at the bottom of the screen, which spell "SAIL ENTERTAINMENT". They put their rods away. The Breil Entertainment byline appears below.

Blu-Ray variant: In 2009, Sail Entertainment started releasing late 60's and early 70's 20th Century Fox movies on Blu-Ray Disc. At the near end of the logo, "IN Blu-ray Disc QUALITY" ("IN" with the Blu-ray Disc logo and "QUALITY" at the bottom of it) appears at the top right corner of the screen.

Music/Sounds: Sounds that go with this logo.

Availability: Current, seen on every Sail Entertainment DVD starting with Klasky-Csupo's 2008 movie Immigrants and always appears after the Breil Home Entertainment logo. It also appears on Blu-Ray releases of 20th Century Fox movies from the late 1960's and early 1970's, including Vanishing Point among others and always appears between the Breil and 20th Century Fox Blu-Ray Disc logos.