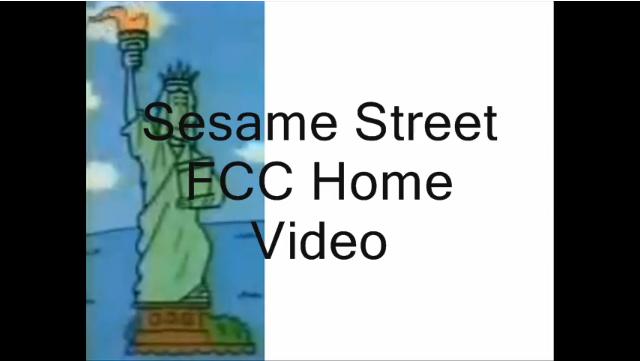 Logo: On a sky background we see the statue of liberty from the end of sesame street episodes (1992-2006), the words Sesame Street FCC Home Video (Home Entertainment on DVD releases) are right next to her.

Trivia: The original version of this logo had a bug where Big Bird saying "Sesame Street is a production of the Children's Television Workshop" and the announcer announcing the fundings was included. This was fixed on their next release

Availability: Current, seen at the beginning of every Sesame Street VHS and DVD that talk about the FCC. Starting in 2002, this logo was also shown at the end of their VHSes and DVDs. Note that this company is separate from Sesame Street Home Video, another video company owned by Sony Wonder