Background: This is an Award-winning Canadian animation studio founded in Vancouver, British Columbia in Canada that was founded in 1957, but did not have it's logo until 1981, only an in-credit disclaimer mainly. Other companies help make Studio B's cartoons. Starting in 2005 Studio B also makes it's own cartoons without help from other companies, too.

Logo: This is not really a logo, only a title disclaimer. At the end of the show, we see:

Produced by
(Company Name)
For Studio B Productions

Music/Sounds: The closing theme of the show.

Availability: Seen intact on all Studio B cartoons co-produced by other animation companies from this era. 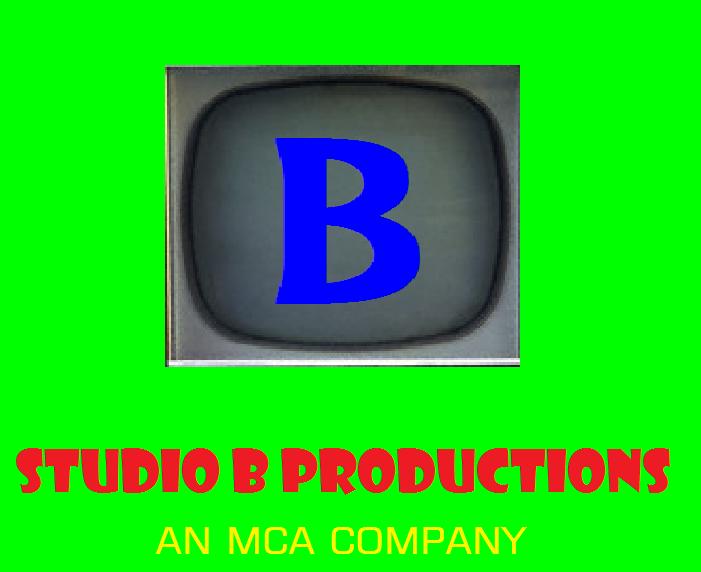 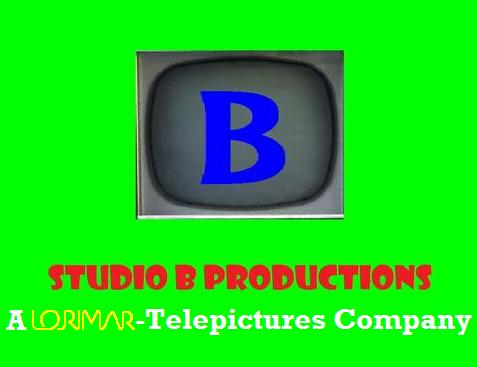 Logo: On a green background, we see a bright blue flash on a TV set. It reveals it's a blue cartoon-like "B" backwards. After it does, the text "Studio B Productions" in red, wipes in below the TV set. Then one of the bylines seen below the logo (depending on the year(s)) wipes in under the logo in the company font and color of the time. Sometimes, there is no byline. A cartoon-like hand comes from the top of the screen of the TV set and turns the "B" in the TV set forward. The hand then leaves the screen of the TV set to form the finished logo.


Variant: Sometimes, there is no byline.

Cheesy Factor: ...which looks like it was made entirely on a Mac OS X. Interesting, huh?

Scare Factor: Medium, the flash and music might turn people off, but this is a different story with the next logo. 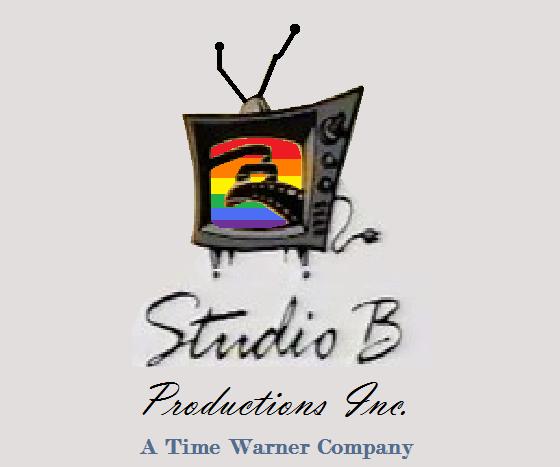 Logo: On a grey background, we see a new cartoon-like set with buttons on the left, two antennas on top and a electricity plug pluged in from the TV. Suddenly, rainbow colors fill the screen on the set. Then, the letter "B" draws itself in a filmstrip, making a complete version of what would be, the look-alike of the 2000 logo. "Studio B Productions Inc." flips in below the logo in 3D lettering. Then, one of these bylines wipe in below. Sometimes, there is no byline.

Availability: You know where this is going.

Scare Factor: None. This is a beautiful logo.

Logo: The logo from last time plays, but before we see the the byline, one of the colored slime balls seen below the bylines (depends on the year(s)) comes out from the TV set and slimes the entire screen. The slime ball falls off the screen to reveal a 90 inch plasma TV with Studio B's mascot, Ruds the Rabbit, standing next to the TV on a yellow BG. He gets a remote and turns on the TV. When the TV is on, the TV screen has a large blue "B" in a cartoon-like font on the same colored BG as the 2nd logo. Ruds gets a crayon and draws the text "Studio B Productions" in a red crayon-like font below the TV. Then, Ruds gets something from off-screen. When he shows it to us, he reveals it's one of the bylines in it's font and color of the time (depends on the year(s)) seen below. He puts it under the Studio B Productions text. Ruds walks off-screen to the left, to form the finished logo.

Bylines:
Color of Slime Balls:
FX: Everything. It's all good Live Action with some great cartoon stuff, too.

Cheesy Factor: INCREDIBLE LIVE ACTION, and some cool cartoon stuff in it, too.

Music: None before the slime ball appears, but after it does, we hear the same music as the last logo, with sound effects.

Availability: You still know where this is going? Great. But starting in 2005, it also can be seen on Studio B cartoons that are not distributed by other companies.