Background: Tatta Marrum Makan Film Productions is a low-budget direct-to-DVD film maker and distributor from the Tamil-speaking region of South India.
(2008-2010)
Logo: We see a close-up of a picture of some Indian houses in Delhi illuminated by daylight. We move to the left and zoom back, as we see a father-and-son clipart 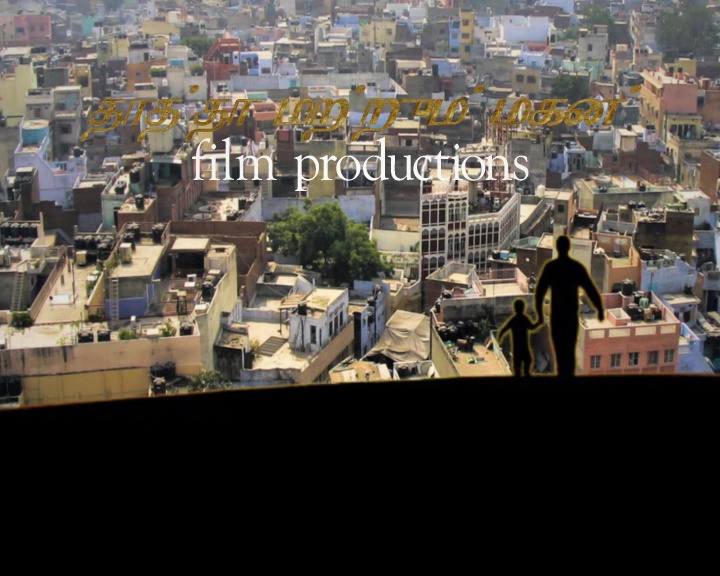 looking at the town. The golden Tamil words of the company zoom out at the top and spin. Later, "film productions" fades in below.
FX/SFX/Cheesy Factor: Horribly cheap computer animation. An example of the cheesiness in the logo is that there's a visible blurry outline in the father-and-son clipart. This isn't very surprising though, since most of the releases from them were poor.
Music/Sounds: A sad string theme.
Availability: This can be found on DVD releases by the company, notably includingKurappatum andAtu Kattirukka.
Scare Factor: None.