Background: In July 2011, amidst the success of The Hub's well-known programs Transformers Prime,My Little Pony: Friendship is Magic and Pound Puppies, Hasbro announced that any films based on Hub programs would be released under a new film division aptly named The Hub Movies, ala Nickelodeon Movies, and would be formed sometime late in 2011 to distribute its first features sometime after the 2012-2013 season. Paramount Pictures and Universal Pictures agreed to form a distribution deal in which certain films would be distributed by either studio and through United International Pictures (UIP) internationally. Because of the franchise's history of association with Paramount Pictures, it was announced that a film based on My Little Pony: Friendship will be distributed by Paramount sometime in 2013. Its new logo has been released on July 5, 2012. It was later renamed Discovery Family Movies in 2014. 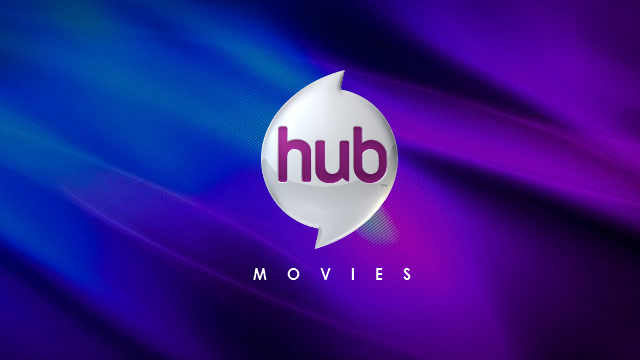 Logo: On a black background, a series of blue light rays flash, revealing a spinning Hub logo. The logo zooms out until it reaches a comfortable distance from the audience and settles in the middle of the screen. The logo is now on a blue/purple haze. "MOVIES" in Century Gothic fades in below the logo.

Variant: It was announced that for the MLP-FiM movie, the logo will be modified to include pink light rays and a pink/purple haze.

FX/SFX: The light rays flashing, the spinning logo, the zoom-out, the haze and the text fading in. All good computer-generated effects.

Cheesy Factor: Nothing in this logo is cheesy, although "MOVIES" fading in is somewhat overused and could be improved.

Music/Sounds: A synth choir/calming piano tune which ends on a single reverberating note and a long choir note that fades out.

Availability: Can currently be only seen on YouTube, Vimeo and the company's website. As mentioned before, it will be seen on its upcoming movies.

Scare Factor: Low, the rays of light might surprise those not expecting them.