Background: Originally known as Tittle Films, this was a Tittle home video company. From 2009 onward it was changed to Tittle Studios. 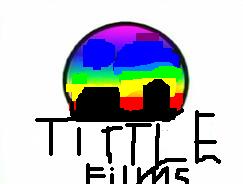 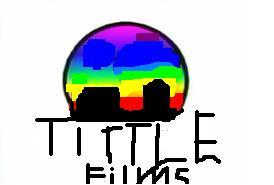 Logo: On a white background, we see a black dot sketching a round snow-globe outline. Then it draws outlines of the Two Towers and the outlines become black. The logo fills with a rainbow color hue, and the words:

appear below via a “wiping” effect.

FX/Cheesy Factor: The “etch-a-sketch” style animation, the color “fill-in” effect, the wiping of the words, the 8-bit resolution drawings looking like the entire logo was done on an Apple II.

Logo: A bomb comes up, then explodes. The words

FX: The bomb and the text.

Music: Same as the last logo.