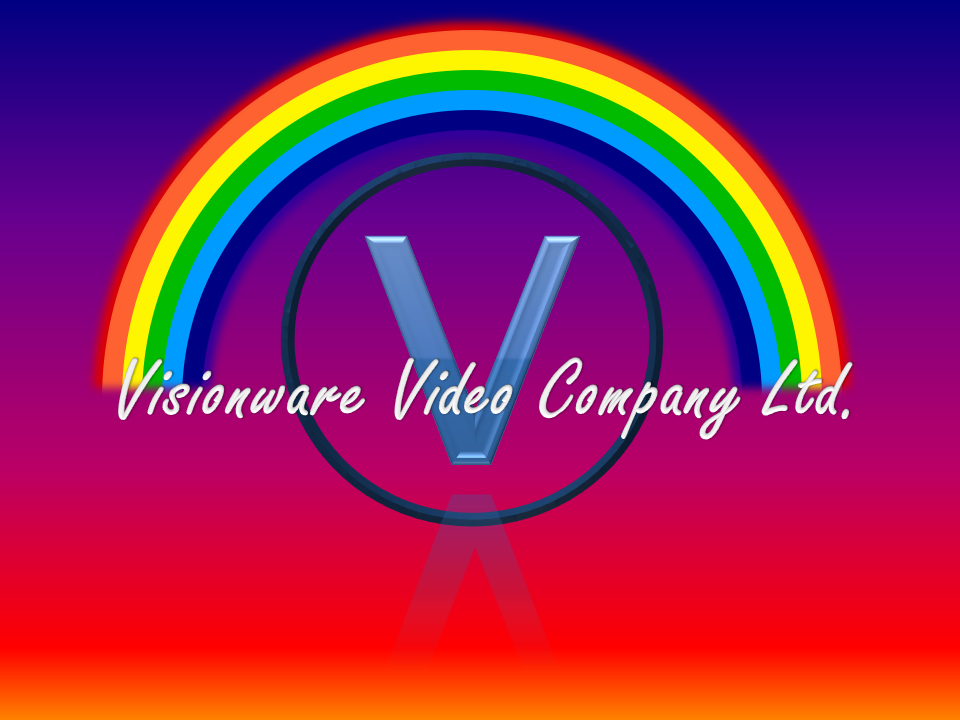 Logo: On a blue/red gradient, we see a rainbow with a "V" in a circle below. There is the text "Visionware Video Company Ltd." in a handwriting font on it. It fades out checker style.
FX/SFX: None, unless you want to count the checker fade out.
Music/Sounds: A classical slow dance tune.
Availability: Rare. Visionware re-produced Hanna-Barbera cartoons on VHS, throughout 1984-1993.
Scare Factor: Minimal to low. The loud music may startle some, but it's neat to look at, compared to the next logo.
2nd Logo
(1993-1998)
Logo: We see a man made of water. Later, suddenly, there becomes red flashes in the background, which turns the person red. It walks to the camera, covers it with his hand, and then the design from before (although the circle is brown and the "V" is white) quickly zooms in. It moves to the top to leave room for the text from before (but stacked) that appears.
FX/SFX/Cheesy Factor: Everything, which is a little cheap.
Music/Sounds: An ascending piano at the start, then alert sounds and a dramatic fanfare, and when the logo zooms in, there is an explosion to abruptly stop it.
Availability: Again, Visionware made VHS's for Hanna-Barbera cartoons.
Scare Factor: Medium to nightmare. That is occasionally, because of the imposing concept, music, explosion sound, and don't forget that the zoom in will remind one of the "V of Doom"! It really unsuits their cartoon re-releases, as they are meant for children.