Logo descriptions by SnowflakesOmega
Background: World Centre is a software and game developing/distributing company headquartered in Lyon, France. They are also known for distributing intercontinental games to the French market.
1st Logo
(1988-1997)
Nicknames: "The Desert Near The City I", "Still Desert & Skyline", "Desert & Skyline I"
Logo: We see a representation of a deserted town with bricked houses, trees, cactus and persons seen on it. Behind the town we can see a skyline of a metropolis, with lights of the buildings turned on. Below the deserted town, there's a golden rectangle with the words "WORLD CENTRE" below.
Variants:
FX/SFX: Mostly none.
Music/Sounds: None, or the opening theme of the game.
Availability: Rare. Most commonly seen on French-language games on DOS and Amiga. Also appeared on a few NES, SNES, Game Boy and Mega Drive games. More easier to find on France or Quebec, of course.
Scare Factor: None.
2nd Logo
(1994-1999)
Nicknames: "The Desert Near the City II", "Desert & Skyline II", "Flying Pieces"
Logo: The small chunks of the desert/skyline logo come in from the right and form it slowly. After a few seconds, the border draws in, surrounding it. Then the name "WORLD CENTRE" flashes in below.
FX/SFX/Cheesy Factor: The chunks of the logo flying in, the border drawing in, the name flashing in. The animation started to reek of it's low-budget age in later years, some of the games having it more smaller than usual.
Music/Sounds: A synth drone with twinkling sounds (think of the LEGO logo) and a reverse cymbal.
Availability: Very rare. Most expected to be found on PC games in France such as La Conquete I and II, Burning Blade, A.O.A. (Alive on Arrival) and Maitres de Frappe.
Scare Factor: Low.
3rd Logo
(1999-2003) 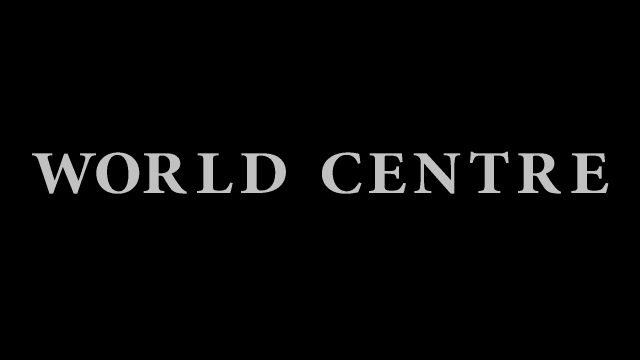 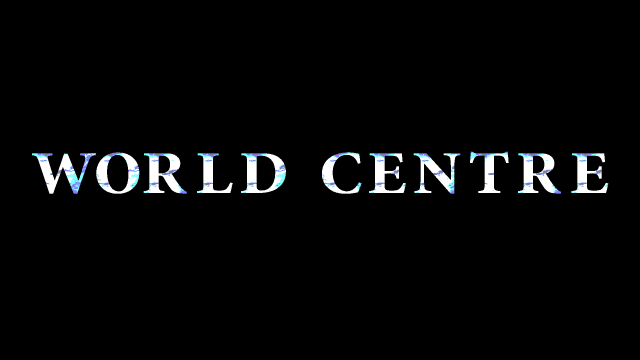 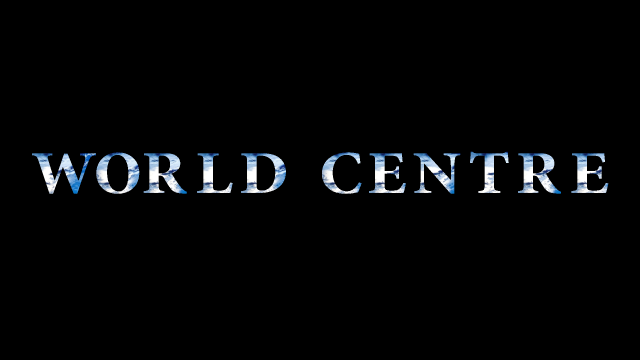 Nicknames: "The Blue Earth Logo"
Logo: We see the Earth, with most of it seen with the blue oceans and clouds covering everything else. The words "WORLD CENTRE" then zoom out, with the Earth background seen on it, which is surrounded by a black background. The text then turns white.
Variant: A still version also exists, with the text seen with the CGI Earth texture.
FX/SFX: The clouds of the Earth moving, the words slowly zooming in and turning white.
Music/Sounds: A calming string theme with a wordless male vocal. None for the still.
Availability: Rare. Seen on PC and PS1, PS2 and XBOX games like La Conquete III, Breaking Time and Le Horizon. Still version is seen on GBA games like La Conquete Advance and Burning Blade, and the XBOX exclusive Entrée de Données.
Scare Factor: None to minimal.
4th Logo
(2003-2008)
Logo: TBA
FX/SFX: Great animation.
Music/Sounds: TBA
Availability: Rare if you live outside of France or Quebec. Debuted on La Conquete IV, and also appeared on other PC, X360 and PS3 games.
Scare Factor: Low.
5th Logo
(2008-) 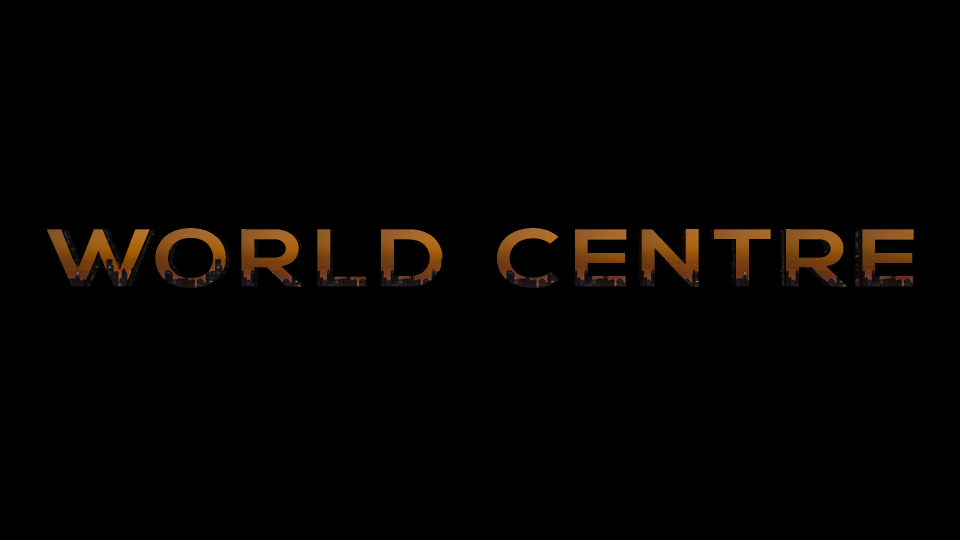 Nicknames: "The Desert Near the City III", "Desert & Skyline III", "The Desert & Skyline Returns"
Logo: We go back from an ocean seen at sunset and pass a high-tech metropolis with various skyscrapers. We keep on moving back and see a more deserted land, and as the camera goes down we can see bricked houses, trees, cactuses, sand, a small lake, trucks and Jeeps passing by, and people moving. The camera then goes up so we can see a more clear shot of the skyline, and the words "WORLD CENTRE" zoom out and stop, with the city being shown on the text. The text shines.
Trivia: The logo plays homage to the "Desert & Skyline" (1st half) and "Blue Earth" (2nd half) logos.
FX/SFX: Stunning CGI!
Music/Sounds: A majestic fanfare as we zoom back from the metropolis, and an Arabian theme when we see the deserted land. An orchestral hit with brass when the text appears.
Availability: Uncommon. Debuted on Real Beings and is seen on newer games distributed and developed by the company, like La Conquete V and VI, Curse of the Shield and Home Improvement.
Scare Factor: None. It's clean and breathtaking, nothing to worry about.