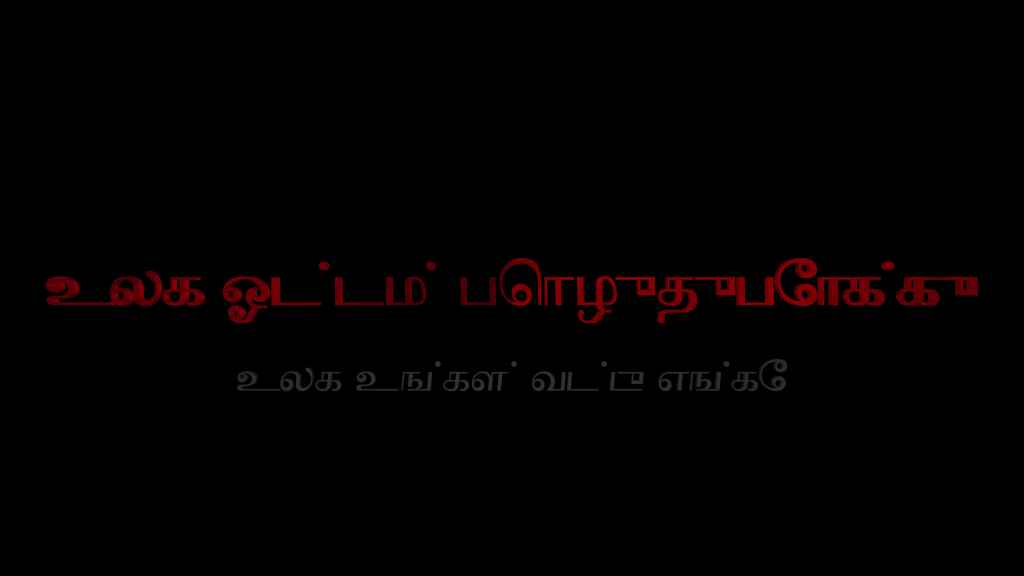 Nicknames: "Not Another Apocalypse Logo", "Dark Earth Explosion", "Cheesy Apocalypse"
Logo: We see the Earth at night spinning on a black background. A burning thing then comes out and comes to it, then dissapears, making the Earth explode into pieces which zoom in. The red Tamil words (a translation of "World Flow Entertainment") zoom out and stop. The gray slogan, also in Tamil (this time for "where the world is in your disc"), fades in below.
FX/SFX: The Earth spinning and exploding to pieces, the burning thing moving, the words zooming out and fading in.
Cheesy Factor: Poor animation of the 1st half (the apocalypse part). And why the announcer isn't saying the company name and slogan in Tamil?
Music/Sounds: An electric explosion, followed by the British announcer saying "World Flow Entertainment. Where the world is in your disc."
Availability: You may want to check out low-budget Tamil VCDs and DVDs in India and Singapore to find that logo.
Scare Factor: Medium to high. Dark apocalyptic logos shouldn't be a match with a number of people. It's decreased for the cheesiness of the logo, however.